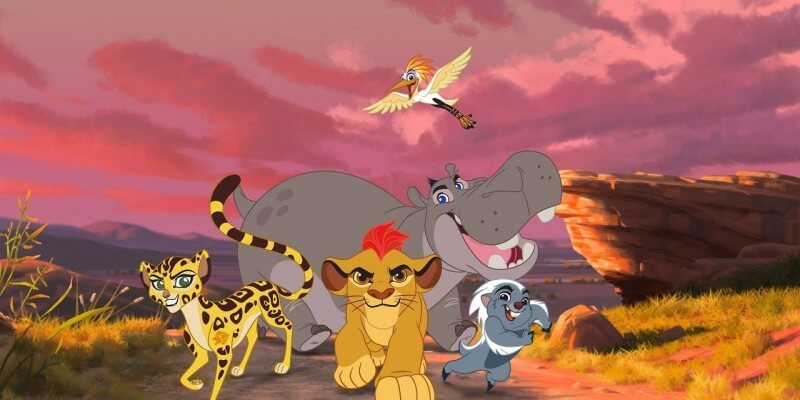 Lion Kings fans, both kids and adults alike, can rejoice with the news that Disney Channel has set an air date for the previously-announced new TV spinoff movie called “The Lion Guard: Return of the Roar”.

Airing on Disney Channel in both the U.S. and Canada on November 22 at 7:00pm , the film will then be made available on the WATCH Disney app as well as Disney Channel on Demand and Disney Jr. on Demand the following day.

Animation World Network has more on the film’s plot:

Set in the African savanna, The Lion Guard: Return of the Roar introduces Kion, the second-born cub of Simba and Nala. Kion is destined to become leader of the Lion Guard, a team of animals comprised of the Pride Lands’ fiercest, bravest, fastest, strongest and keenest of sight. As Kion looks to assemble the members of the new Lion Guard, he does not call upon a group of lions to serve with him as tradition dictates. Instead he chooses some of his friends whom he believes best exemplify these heroic qualities, Bunga, a fearless honey badger; Fuli, a confident cheetah; Beshte, a friendly and good-spirited hippo; and Ono, an intellectual egret.

Throughout the movie and subsequent series, the diverse team of young animals will learn how to utilize each of their unique abilities to solve problems and accomplish tasks to protect the Pride Lands and maintain balance within the Circle of Life.

The Education and Science experts at Disney’s Animal Kingdom theme park serve as consultants, advising on the characteristics, behaviors and habitats of the African animal species featured and inspiring original stories based on their first-hand experiences. Author and Swahili expert Sarah Mirza is the language and cultural advisor.

For information on the new movie and TV series, you can read more at Animation World Network.