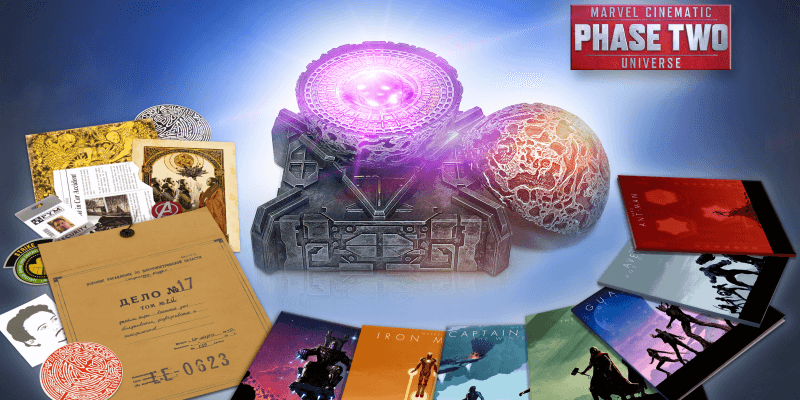 Now that Ant-Man has closed the final chapter of Phase Two of the Marvel Cinematic Universe, a collector’s edition off all six films will be available exclusively on Amazon starting December 8, 2015.

Pre-orders are now being accepted for the limited edition 13-disc set which is housed within a 1:1 prop replica of the Orb containing one of the legendary Infinity Stones. The box set will contain:

An exclusive bonus disc contains 166 minutes of extra material will also be included. A highlight of the disc is the “From Here to Infinity” feature, an all-encompassing view of Phase Two as well as the upcoming first set of Phase Three films.

All the discs will be housed in new artwork from Matt Ferguson as well as Marvel memorabilia including a gold-foiled page from the book of Dark Elves, an ancient drawing from the Morag vault, Avengers and S.T.R.I.K.E. uniform patches, and a replica of the Tony Stark Tattoo from Marvel’s Iron Man 3.

Pre-orders are being taken exclusively on Amazon.