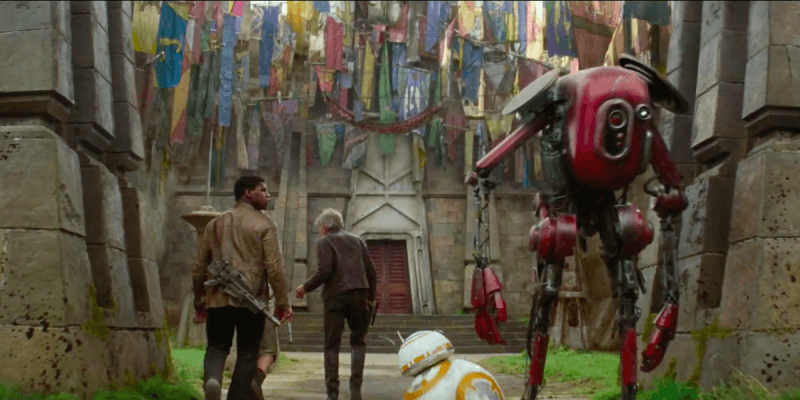 The third trailer for “Star Wars: The Force Awakens” has at last been released with the most extended sneak peek yet.

Several brand new scenes are spotted but we also see now see exactly who Finn is facing in the snow, a helmet-less Kylo Ren, played by Adam Driver.

Resistance fighter pilot Poe Dameron is seen greeting Finn after exiting his X-wing and in another scene has apparently has been held captive by Kylo Ren. There is also a shot of a distressed Leia and some new dialogue from Han Solo.

Little of the plot is revealed but some structure has been established through the three trailers and the behind-the-scenes footage.

The two-minute-long clip made its debut during halftime of Monday Night Football on ESPN.

Set to be released on December 18 to U.S. theaters, “Force Awakens” moviegoers can now purchase tickets for upcoming screenings of the film.