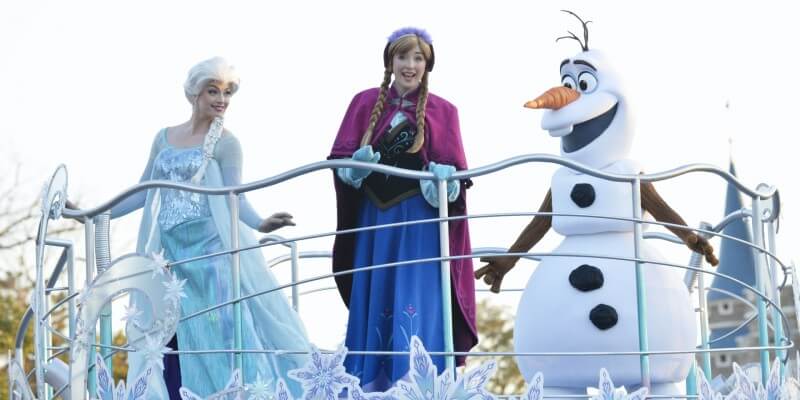 Earlier this year Tokyo Disneyland was the host to their own Frozen celebration event, Frozen Fantasy,  that showcased “for the first time in forever” the meet and greet characters in the park. Next year, from January 12 to March 18, the event will return but with some notable changes. The Frozen Fantasy parade will be even bigger next year with the big reveal being the addition of the Frozen characters Hans, Kristoff and the trolls. Five new floats will be used in the parade next year featuring everything from Elsa’s Ice Palace to Oaken’s shop. Here’s this year’s version of the Frozen Fantasy parade.

The Once Upon a Time castle projection show will once again return with its winter version featuring Elsa. Next year the popular title song “Let it Go” will be sung in Japanese. It wouldn’t be Tokyo Disneyland without a ton of new merchandise being released. For this event, up to 90 new products will be released featuring all your favorite Frozen friends.