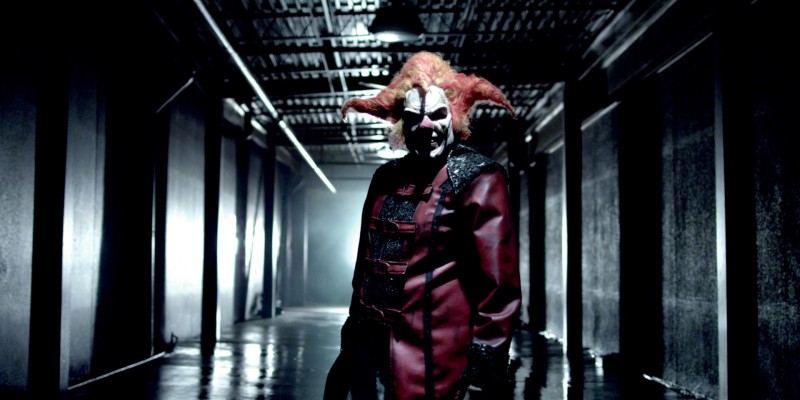 Tonight the evils of Universal Orlando break free from their shackles for the debut of Halloween Horror Nights 2015.

It is the 25th year for the country’s most popular Halloween event and for that milestone the theme park has brought back many fan favorite fiends from the past, led by the most infamous of them all: Jack the Clown.

This week, Universal held a technical preview of the event for employees and their guests and we were there to capture the madness as it took hold of the park.

Five scare zones have taken over the Studios streets, featuring familiar faces of icons of the past along with famous movie baddies and original creations. Take a walk through it all in the video below.

Across from Mel’s Die-In (the HHN version of the Drive-In), a massive stage has been set up for Jack and his partner in crime Chance to wreak their havoc on a few victims each night in an elaborate new show, The Carnage Returns. See it below.

WATCH: The Carnage Returns stage show with Jack the Clown

New this year is the Shop of Horrors, taking over the Twister store with more event merchandise than ever before along with big props from years past. Take a tour in the video below.

Officially, Halloween Horror Nights 2015 begins tonight and we will be there to cover it all, including our annual house-by-house review to follow. It’s a fan’s year for the event and will no doubt be one to remember!