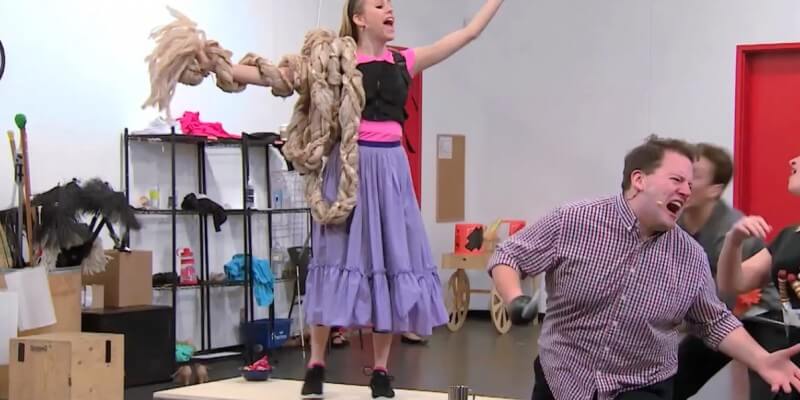 “Tangled: The Musical” is set to debut on the Disney Magic cruise ship in November and the cast and crew are hard at work in Canada rehearing for the new stage show’s debut.

Southern California reporter Audra Stafford (@SDEntertainment) takes us backstage to their rehearsal facility to see how all the singing, dancing, and acting is coming together, featuring Rapunzel, Flynn Rider, and even Maximus: