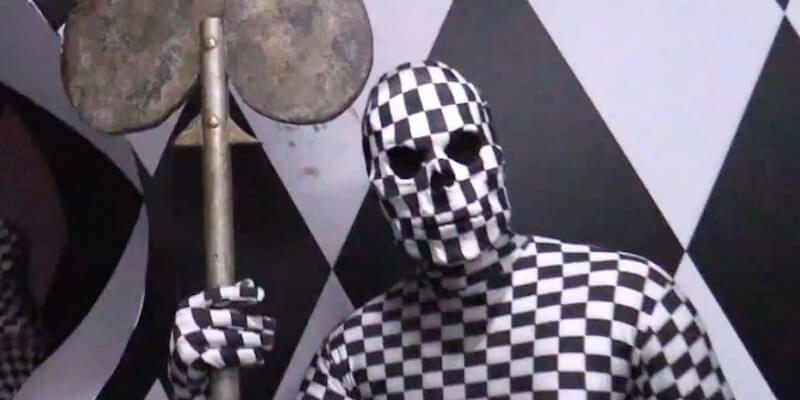 Wonderland has gone even more mad this year at Halloween Horror Nights.

A few years ago, Universal Orlando featured a haunted house called Scary Tales, taking a sinister approach to classic fairy tales. Meanwhile outside in the same event, a scare zone featured a twisted take on Alice in Wonderland.

Now, at Halloween Horror Nights 25, the roles have been reversed, with a Scary Tales scare zone and an all-new haunted house called Asylum in Wonderland 3D.

With its obviously insane take on the classic Lewis Carroll tale and perfectly appropriate brightly-colored visuals that work well in 3D, this new maze is one of the event’s best for 2015.

Take a walkthrough its highlights in the video below. If you have chroma-depth glasses from any other 3D haunted house, make sure you wear them while watching the video – they work at home too!