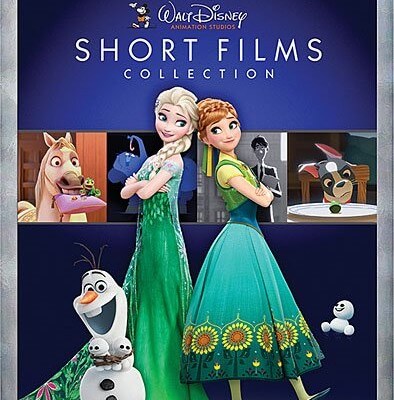 Disney has packed the last 15 years of their best animated shorts into one excellent package, the new “Walt Disney Animation Studios Short Films Collection” available now on Blu-ray and DVD.

Dating back to 2000’s “John Henry” and continuing through the most recent “Frozen Fever,” this comprehensive collection features all recent fan favorite short films that were played in theaters ahead of Disney’s biggest hits.

Among the best are “Paperman,” “Get a Horse!,” and “How To Hook Up Your Home Theater” though it’s hard to choose favorites with such a variety in animation styles featured throughout all twelve included shorts.

Many of these were developed to showcase new technologies, techniques, and looks for animation to be used in full length feature films.

The one new gem is the short film “Lorenzo,” which originally dates back to 1949 with Disney artist Joe Grant. It wasn’t completed back then, rediscovered along with “Destino” and ultimately finished for a debut in 2004, now available for the first time at home. It has a fun old art style to it, an amusing story about a cat’s cursed tail come to life in a tango of fun.

Each short on the Blu-ray is introduced by its creators, adding amusing stories and commentary. There’s also a new “@DisneyAnimation” conversation with many of these creators, a bit awkwardly hosted by “Big Hero 6” star T.J. Miller. It doesn’t add much to the release, really letting the shorts themselves shine on their own.

Disney fans who have been buying every animated release over the past 15 years likely already own the majority of this collection, but having all the shorts on one disc is a nice way to just sit down and watch them easily at once.