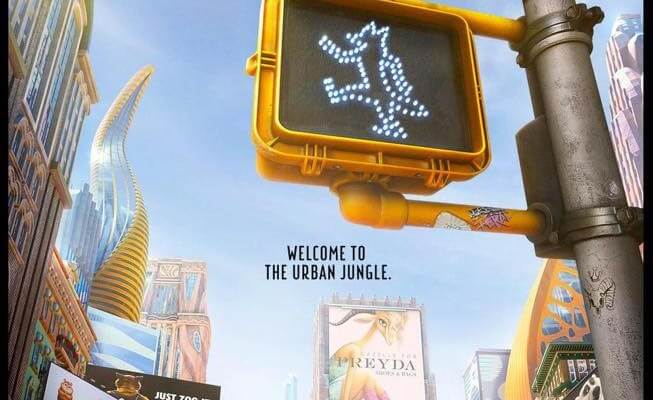 The first official teaser poster has been released for Disney’s upcoming movie Zootopia.

In the animal city of Zootopia, a fast-talking fox who’s trying to make it big goes on the run when he’s framed for a crime he didn’t commit. Zootopia’s top cop, a self-righteous rabbit, is hot on his tail, but when both become targets of a conspiracy, they’re forced to team up and discover even natural enemies can become best friends.

Zootopia will be in theaters March 4th 2016