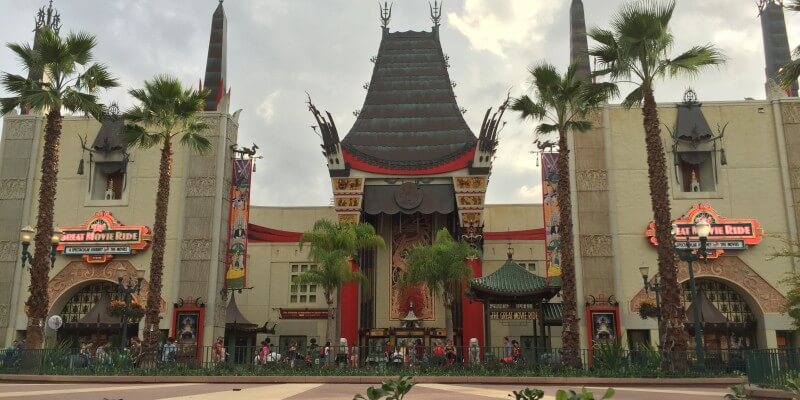 In the trending style of what’s old is new again, Disney’s Hollywood Studio has been undergoing is own throwback to it roots. Earlier this year, the 122 ft tall Sorcerer’s Hat was removed to once again expose the grandeur that is the Chinese Theater. Almost immediately after the final stages of removal, a temporary stage was set up that once again blocked the view from Hollywood Blvd. That stage remained up through the late spring into the summer and had finally come down when the Frozen Summer fun melted away.

For the past few weeks, the space that held the former structures was walled off with a continuous row of planters, until a few days ago. Once again, for the first time since 2001, a completely open and unobstructed vantage was presented to guests visiting Disney’s Hollywood Studios. The area is defined and accessible by two ramps and a few steps, bordered only by gardens on all sides. With the announcements at the D23 Expo in August heralding the 14-acre Stars Wars Land and Toy Story Land expansions, this is only the start of the overhaul the park will be receiving. What’s next? Its all speculation, but for now at least, it’s nice to see a continuous theme flowing through this part.