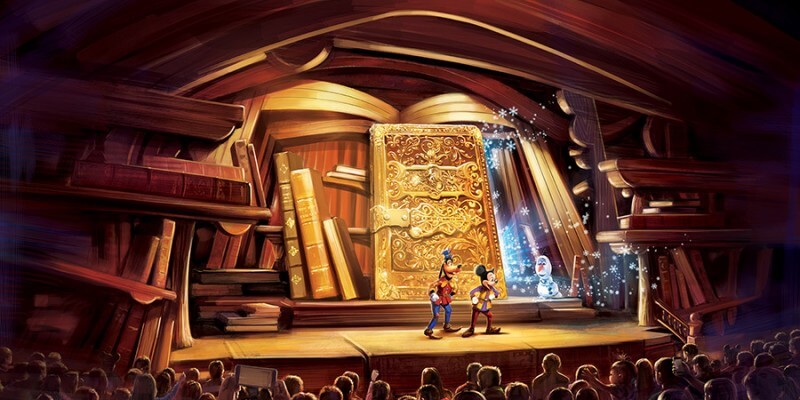 Yesterday Hong Kong Disneyland celebrated their 10th anniversary and announced lots of new fun coming to the resort during their new celebration “Happily Ever After”. The biggest addition to the park for the “Happily Ever After” celebration is a all-new stage show inspired  by “Mickey and the Magical Map” at Disneyland Resort opening November 17, 2015. The new show, called “Mickey and the Wondrous Book”, will celebrate some of Disney’s most loved characters and stories, including “Jungle Book,” “The Little Mermaid,” “Tangled,” “Brave,” “Aladdin,” “The Princess and the Frog,” and “Frozen” 25-minute concert-style stage show. Another new addition to the resort will be the “Fairy Tale Forest” attraction that will open in December in Fantasyland. The “Fairy Tale Forest” will let guests walk through a winding, living storybook realm based on Disney fairytales such as “Tangled,” “Snow White and the Seven Dwarfs,” “Beauty and the Beast,” “Cinderella” and “The Little Mermaid”. Tinker Bell herself will also make this her home. Comments Off on An all-new stage show, “Mickey and the Wondrous Book”, coming to Hong Kong Disneyland in November