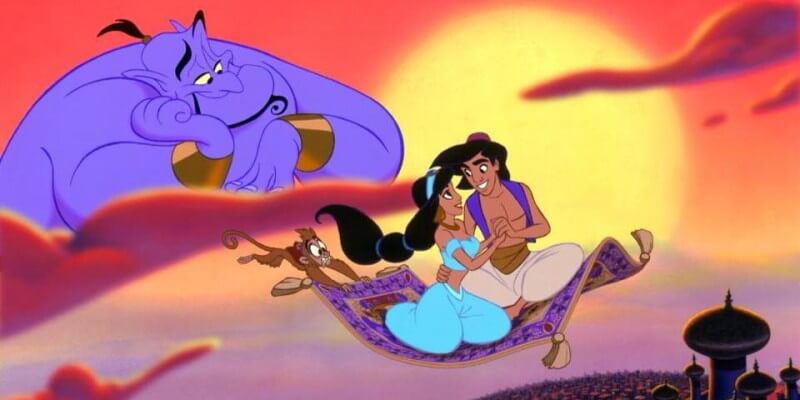 D23 wants to invite its members to celebrate the release of the Aladdin Diamond Edition with special screenings in Seattle, Sacramento & Phoenix. This special screening will preview some new bonus content and even include a special gift for attendees. See detail below.

D23 is bringing the magic of Aladdin to three fan-selected cities for a whole new world of fun!

Join us for a very special free event celebrating Aladdin. Diamonds in the rough from all around the country voted, and now D23 is granting three wishes! Guests in Sacramento, Seattle, and Phoenix are invited to join us in September—we will screen the film, preview bonus content from the upcoming Aladdin Diamond Edition, and present a special gift!

Guests will be the first to see “Ron & John: You Ain’t Never Had a Friend Like Me” on the big screen. This Diamond Edition bonus feature shows Aladdin directors Ron Clements and John Musker talking candidly—and humorously—about their nearly 40-year friendship.

The Diamond release of Aladdin while tell you the story of a hysterically funny, shape-shifting, 10,000-year-old Genie, street-smart commoner Aladdin and clever, confident Princess Jasmine as they join forces against the evil sorcerer Jafar to put an end to his plans to take over the kingdom. Enjoy this magic carpet ride of non-stop comedy on Digital HD and Disney Movies Anywhere (DMA) on September 29 and on Blu-ray Combo Pack October 13.