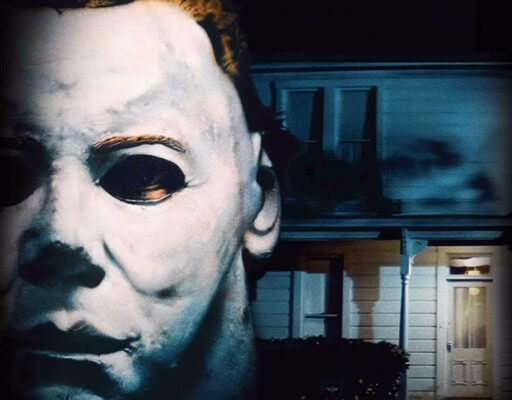 The announcement was made at the ScareLA 2015 convention. Watch the full presentation below, including behind the scenes details about HHN:

Halloween, hailed as one of the greatest horror films of all time and starring Jamie Lee Curtis in her acting debut, will come to life in the demented new experience: “Halloween: Michael Myers Comes Home.”  The haunted maze will take guests through the tormented town of Haddonfield, Illinois, where on one fateful Halloween night in 1963, a six-year-old child by the name of Michael Myers inexplicably and brutally stabbed his sister to death with a kitchen knife. Guests will relive the terror that a maniacal Michael Myers inflicted upon the once quiet town after his escape from a psychiatric hospital to take bloody revenge on new and unsuspecting victims. Guests will have the sensation of stepping through the silver screen directly into unsettling and shocking film scenes as they navigate their way through Haddonfield, adorned in classic Halloween décor on a similar Halloween night in 1963.  Meyer’s abandoned family home and its blood-splattered walls, where the violent murder took place, will set the stage for a new crime scene as guests attempt to evade the relentless killer–armed with his signature bloodstained knife.

“We are extremely excited to team up with Universal Studios Hollywood’s fantastic event, ‘Halloween Horror Nights,” said Malek Akkad, President of Trancas International Films and Compass International Pictures. “The attention to detail that the creative team gives to the Halloween maze creates a realistic and terrifying experience for guests that is truly authentic to the film. This year’s maze will be the best yet.”