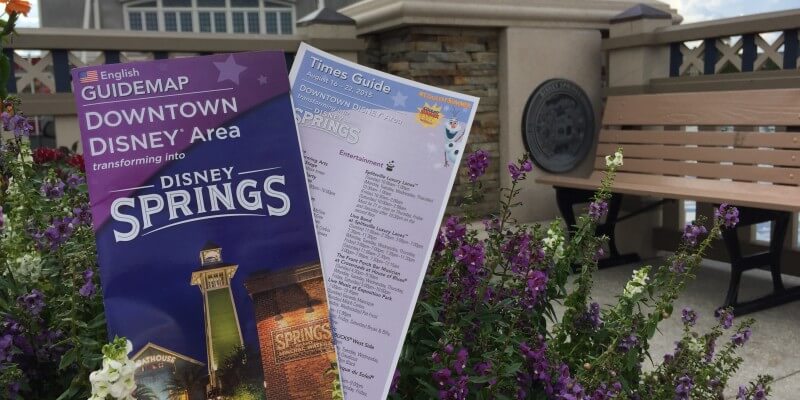 When plans were first revealed in May of 2013 for the reimagined Disney Springs, from the current Downtown Disney, the visions were fantastic and impressively large scale. For the guests who have visited since the announcement, the changes have become more noticeable as the first of two planned parking garages has opened along with a new pedestrian walkway liking the ends of the Marketplace district (Rainforest Café to T-Rex Café). The newest additions aren’t arriving with more construction walls, since most of the construction is now taking place behind the major pathways, but it’s arriving with signage. All across the Walt Disney World resort, the official rebranding is taking hold by replacing “Downtown Disney” directional road signs and paper maps to the newly minted “Disney Springs.” Even with the push to remove all elements of its former self, one entranceway remains for the time being. This can be found between Basin and The World of Disney store, which is also undergoing an expansion of its own. Changes have been swiftly happening to the former Pleasure Island area, with new signs appearing for the highly anticipated “morimoto ASIA” For a better view on what’s taking place, click the link below to watch a video of how the transformation is taking place as of August 2015 from high above in the Characters In Flight balloon.