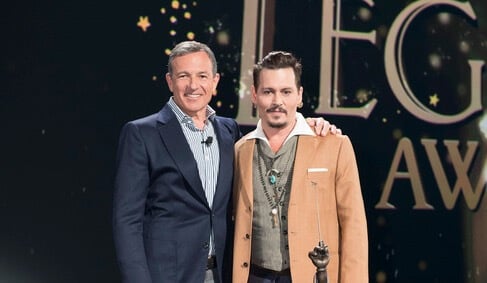 As has been the tradition since the first D23 Expo, the Disney Legends ceremony began this year’s fan event by honoring a variety of important contributors to Disney history.

To a huge surprise to all the Disney fans in the audience, Johnny Depp was also made a Disney Legends honoree this year at the end of the ceremony.

Mixed in with touching speeches from honorees were exciting performances that included a “Dancing with the Stars” tribute to Eyvind Earle, a live rendition of “Kiss Goodnight” from the new Disneyland Forever fireworks show featuring songwriter Richard Sherman and singer Ashley Brown,

Watch below (more videos will be added throughout the day). Check back here later for the full Disney Legends 2015 ceremony.