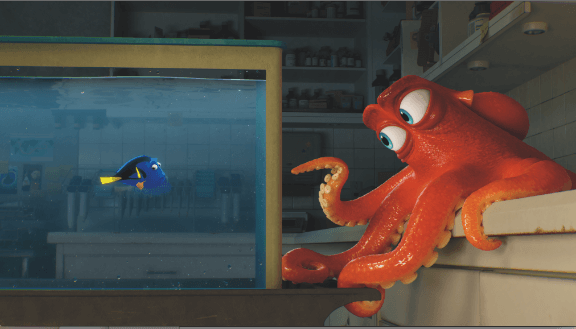 Ellen DeGeneres took the stage to introduce Ed O’Neill (“Modern Family”) as the voice of Hank, a cantankerous octopus. In addition, Ty Burrell (“Modern Family”) was announced as the voice of Bailey, a misguided beluga whale and Kaitlin Olson (“Always Sunny in Philadelphia”) as Destiny, a kind-hearted whale shark.