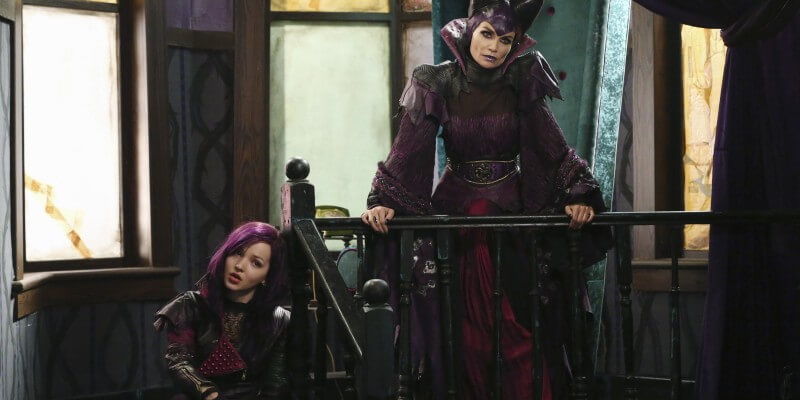 On July 31st at 8p.m. Disney Channel will premiere the original movie Descendants, all about the children of famous Disney villains. Kenny Ortega, the director who brought you High School Musical, introduces the first 6 minutes of the new movie.

Prince Ben, son of Beast and Belle, declares that he will offer a chance at redemption to Mal, Evie, Carlos and Jay, the teenage sons and daughters of Disney’s most infamous villains — Maleficent, the Evil Queen, Cruella de Vil and Jafar. But are these villainous descendants rotten to the core?

This sneak peek also offers us the first look at the musical number “Rotten to the Core”.