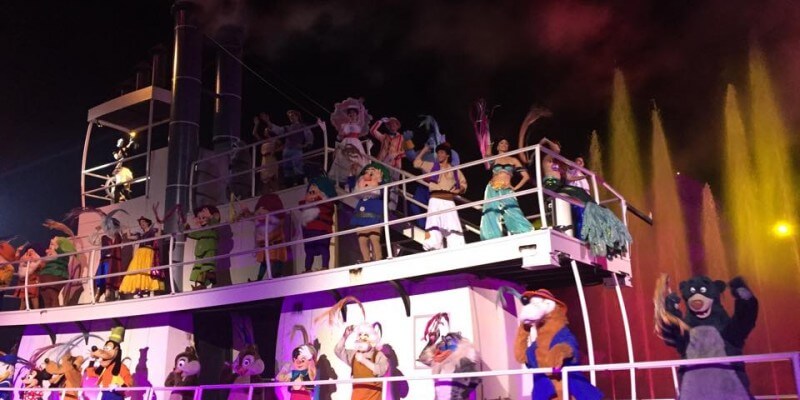 The beloved show Fantasmic at Disney’s Hollywood Studios hasn’t had a single update in its 17 year run but quietly over this weekend some new Disney stars got added to the show. Frozen,Tangled and The Princess and the Frog now make brief appearances during Fantasmic with Anna, Elsa, Olaf, and Rapunzel showing up in bubbles projected onto the water mist screens. Comments Off on VIDEO: Frozen, Tangled added to Fantasmic at Walt Disney World