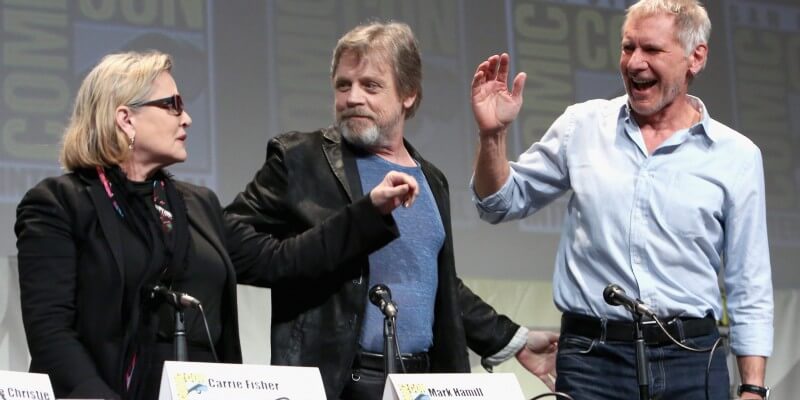 At the end of the Hall H presentation, the entire Hall H audience of more than 6,000 fans were all invited to continue the celebration and join cast and filmmakers at a surprise Star Wars Fan Concert. Even Peter Mayhew came out to view the rocking concert. The San Diego Symphony performed the classic Star Wars music from John Williams at the Embarcadero Marina Park South.