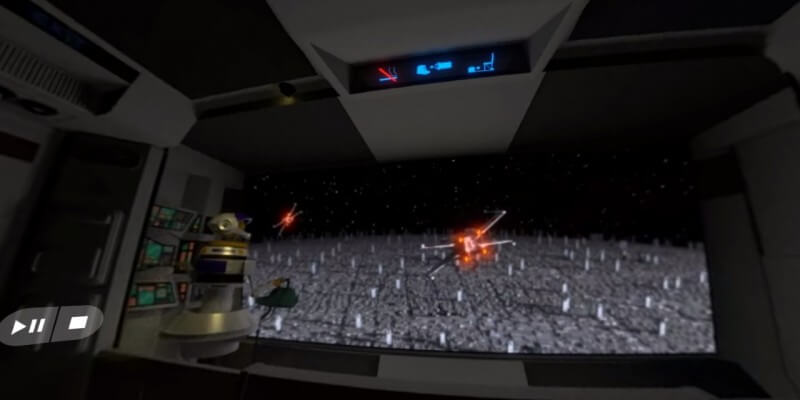 One talented French Disney fan has painstakingly recreated two classic attractions for the world to experience online via virtual reality.

Grégory Noacco calls his project the Immersarium, which he describes as “a place where the old attractions, once these are removed from the parks, could still be enjoyed by guests.” With virtual reality technology becoming more commonplace nowadays via projects like Google Cardboard and Oculus Rift, Noacco decided to weave his own virtual Disney story online by way of some very familiar characters. The web-based project works on PC, Mac, or iPad, allowing users to pan and tilt in the simulation with mouse or touch. With Oculus Rift, Virtual Reality mode works too, as well as certain with phones.

To show how much work went into recreating these rides virtually, Noacco sent over some “behind the scenes” shots of the wireframes and workspaces created to achieve this impressive feat: Star Tours and Discovery Mountain are able to be experienced in realtime, fully rendered for virtual enjoyment. So head over there and check it out, just be prepared to be wowed.