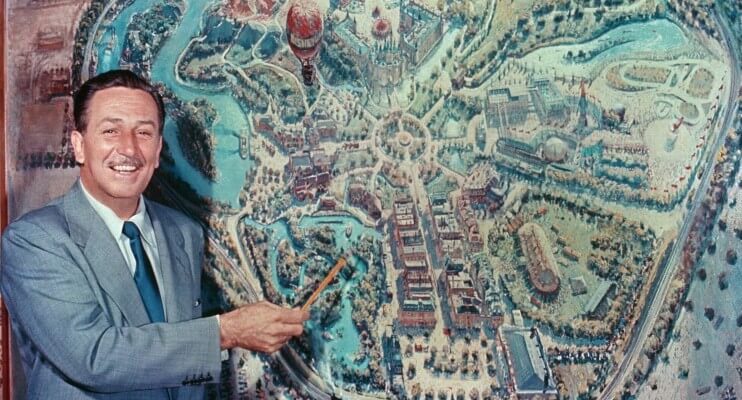 Well, friendlies, it’s time for a brand new series on Inside the Magic. On the heels of our Date Nite at Disneyland springtime spectacular, we present Fresh Eyes Friday, in which you’ll discover all kinds of secrets for making Disneyland new every single time you visit – whether it’s your first trip or your 501st. To kick it all off, check out these resident tips for hitting the Happiest Place On Earth.

Disneyland is a hometown park. As much a part of life in Southern California as beaches, sunshine, and movie-making, it’s filled with natives that love it and love to do it well. If you’re new to the area or are looking for a different type of vacation, here’s how to do Disneyland like the locals have been doing it for sixty years.

Know when to go

Locals know the crowded times at Disneyland as well as they know L.A.’s notorious traffic patterns, and they avoid them with the same urgency. Light crowds are especially important to residents, because they know that the vintage destination was designed when Disney was still an experiment, not the popular icon it is today. The streets are 1955-narrow, and the quaint park fills up fast. So locals visit Monday through Thursday and during the off-seasons: the first two weeks of September and mid-January through the beginning of May (excluding spring break). And they bring as small a group as possible, carrying as little as is required.

Speaking of crowds, locals know when to bug out if things become too pressed – and where to go instead. If you’re feeling claustrophobic in Disneyland, head over to DCA. If DCA’s too tight, take breather in Downtown Disney. If Downtown Disney is crowded, duck into one of the Disneyland hotels. And if even those are cramped (but they won’t be), bail into the AMC movie theater and await change while enjoying the film of your choice.

Disneylanders have their favorite foods in the parks, and more options are added all the time. But there are a few mainstays that are well known to insiders and frequent visitors. They are undoubtedly worth the calories and wait times it can take to sample them, and if you indulge you can do so feeling like a true native.

Disneyland churros are probably the most universally agreed-upon culinary treasures in all of the resort. Carts throughout the park sell the unassuming treats, and you will see locals double-fisting them with no shame. Corn dogs are nearly the same. Massive and perfectly salty-sweet, they are also a great option for a slightly more affordable meal, as they usually come with chips (not for the hypertense among us). Find them at a wagon near the end of Main Street and at the Stage Door in Disneyland, or at Corndog Castle in DCA. Finally, be sure to grab a Dole Whip. The pineapple sorbet/soft-serve/elixir of life is dispensed at the Tiki Juice Bar outside of the Walt Disney’s Enchanted Tiki Room. The original is best.

If you’re looking for a more legit meal, try some locally-loved gems. Bengal BBQ is that counter service place in Adventureland that’s calling you with siren smells. Their meat and veggie skewers are healthy and delicious (but small, so probably get at least two if you’re there for a meal). They’re also one of the few locations in the parks that sells Coke Zero, just in case you may or may not have a problem that only the Zero can solve. If you want to sit down for your meal, try the home-cooked plates at Carnation Café on Main Street. And when it’s time to get your drink on, it’s two instant classics that are most visited by locals: Trader Sam’s at the Disneyland Hotel slings tiki drinks in a quirky, tropical hideaway and Cove Bar at DCA does gourmet vittles and tipples with a view.

Certain rides are must-dos for locals. It’s best not to ask why – that’s a dead giveaway you’re not from around here – but to just settle in and enjoy them for the mystery reasons everyone else does. Start at the afore-mentioned Tiki Room. It’s always jammed with people who stay for the entire show and sing and whistle as directed. Join in to play the part of a local. Next head over to the Sleeping Beauty Castle Walkthrough. The dioramas have been updated in this tried and true attraction, but it’s still charmingly low-tech and loveable. The same cannot be fully said of the Matterhorn Bobsleds. Real talk: it hurts to ride this thing, but you kind of just have to do it anyway. Do it for Walt. Finally, at DCA, take a few minutes to wait through the line at the Chew Chew Train. This children’s ride is inarguably the result of a very late night of planning when some Imagineers got punchy, did all the concept and design work, and forged an approval signature – all under the influence of laughter and delirium. It is fabulous.

Shop, but not for souvenirs

As a local, it’s no 2015 sweatshirts for you. Instead check out the trio of Downtown Disney shops that carries items you won’t find buried in the back of your closet after you get home from your trip to O.C.. Disney Vault 28, Wonderground Gallery, and D-Street carry modern clothes, art, and collectibles with just a sprinkle of Disney pixie dust. You can always use your totally understated purchases to decorate your desk space at work. As a So Cal native, you never want to look like you’re trying too hard or love Disney too much, and by keeping your DL fandom on the d-l, you can secretly connect with other fans who “get it.”

Up next week: How to Do Disneyland Like a VIP.