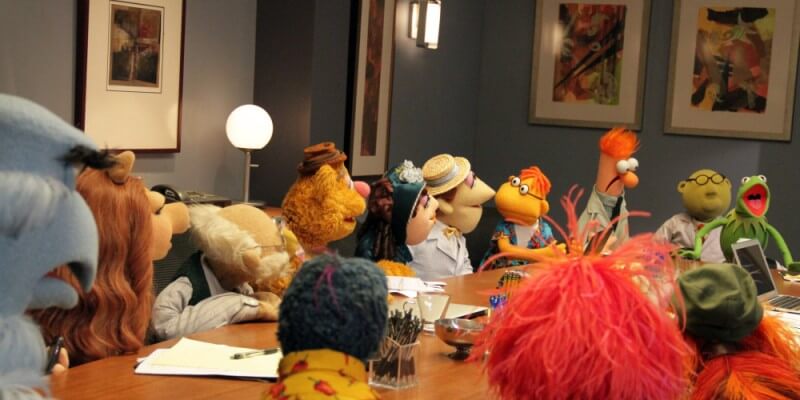 On Tuesday this fall on ABC you will have a chance to be reunited with the crazy bunch of muppets in the new faux-documentary style show “The Muppets”. Kermit, Miss Piggy, Animal and all the others will be back in a remix of the old “Muppet Show” and a behind the scenes look at creating it that will surely be hilarious. The crazy Muppet characters haven’t been on a prime time television show in almost 20 years and Bill Prady, who wrote Disney theme park staple Muppet*Vision 3D, will be the one to bring them back. Check out the trailer below and some new pictures from the new show.