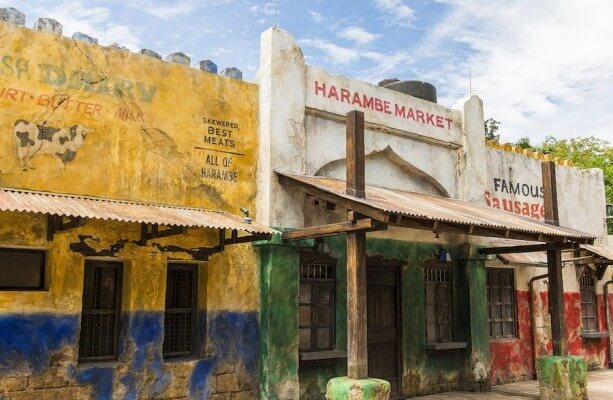 The new Harambe Market area has now removed its construction walls and are set to debut in late May at Disney’s Animal Kingdom, Walt Disney World.

Recreating the bustling center of commerce in a colonial-era train depot design with a 1960s water tower, the marketplace offers African-inspired street food at four counter service windows and over 200 shaded seats. Chef Lenny DeGeorge says, “it’s the sort of food you’d find in a street market in Africa. The menus reflect the unique personalities of the establishments’ owners”.

Below is a sneak peek of what the different counter service windows will have to offer:

Wanjohi Refreshments will offer beverages including: