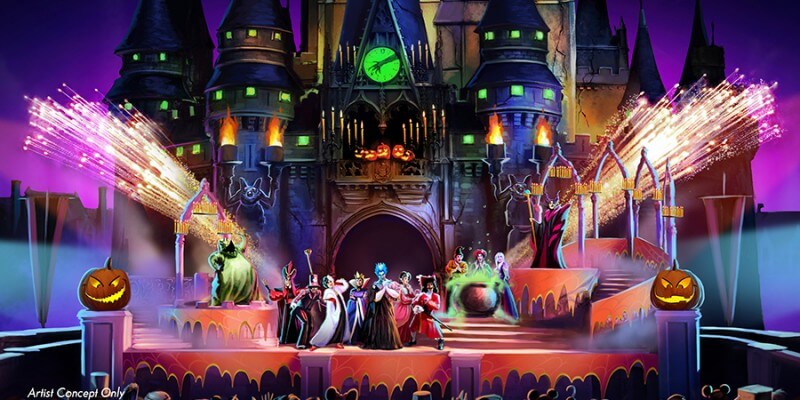 Starring the Sanderson Sisters from the classic live action Halloween time movie, the new “Hocus Pocus Villain Spelltacular” has been announced for Mickey’s Not-So-Scary Halloween Party 2015 at the Magic Kingdom. The show will take place in front of Cinderella Castle, combining projections, effects, and plenty of dancing during Mickey’s Not-So-Scary Halloween Party, on select nights between September 15 and November 1, 2015.