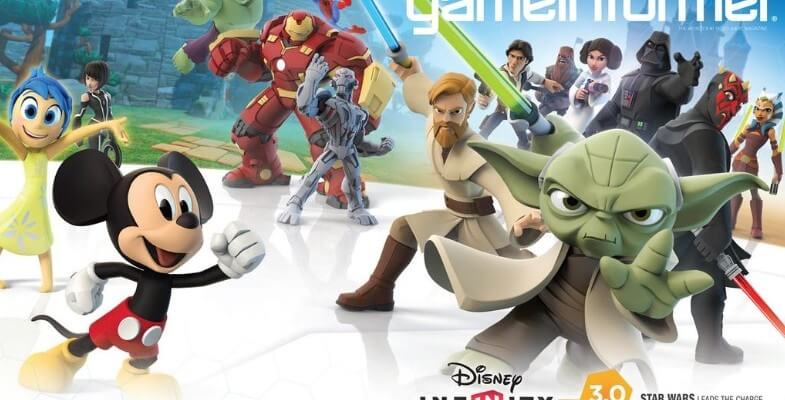 The next edition of the popular Disney Infinity video game series has been confirmed to feature “Star Wars” characters and worlds. To be released is the three Star Wars Play Sets, one set in the timeline of Episodes I-III, the second set during the original trilogy, Episodes IV-VI, and the third available this winter based on Star Wars: The Force Awakens. Fans will have the unique opportunity to play with all of the Star Wars characters in all of the Star Wars Play Sets. Twilight of the Republic Play Set:

Will take place in the height of the Jedi’s powers, where players will use the Force™ and Lightsabers™ in epic battles and master their combat skills alongside Ahsoka Tano, Anakin Skywalker, Obi-Wan Kenobi, Yoda and Darth Maul.

Rise Against the Empire Play Set:

Will take players on galaxy-spanning missions with Luke Skywalker, Princess Leia Organa, Han Solo, Chewbacca and Darth Vader, piloting X-wing fighters or the Millennium Falcon to fight stormtroopers, or exploring and partaking in land-based missions on planets like Tatooine, Hoth, and Endor.  Additionally, fans will have the unique opportunity to play with all of the Star Wars characters in all of the Star Wars Play Sets.

Revealed via Game Informer is a first look at Disney Infinity 3.0:

And here is the official trailer for Disney Infinity 3.0: Both existing trilogies will be featured, along with characters from “The Clone Wars” including Ahsoka. Luke, Leia, Obi-Wan, Yoda, Darth Maul, Chewbacca, Han Solo, and Darth Vader will be among the figures represented in the game, crossing between playsets. Naturally, there will be Force abilities as well as a chance to use a light saber.

Other announced upcoming sets and figures include Pixar’s “Inside Out,” a Marvel Play Set featuring Hulkbuster Iron Man, Ultron, and other Marvel characters, Mickey and Minnie Mouse, Sam Flynn and Quorra from “Tron: Legacy,” Mulan, Olaf, and others. New Power Discs won’t be packed in blind bags, making them easier to find and buy.