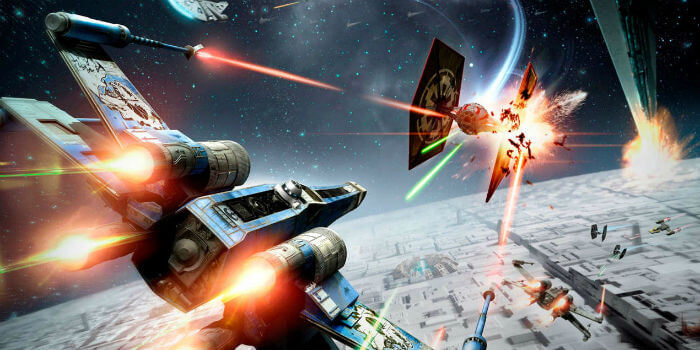 Moments ago at Star Wars Celebration Anaheim, the first details of “Star Wars: Rogue One” were revealed along with a first look at the teaser for the spin-off film.

The movie is set between episodes 3 and 4 and centers around a mission to steal the Death Star plans. The panel that discussed the film featured directors Gareth Edwards and Josh Trank.

The brief teaser looked like a fly-over of the jungles of Yavin with a Tie Fighter flying into frame over the camera, which pans up to see the Death Star. The trailer has not surfaced online yet.

The official name for these films is not “spin-off” but rather “anthology films.”

During the panel, Edwards said he found it interesting that there are no Jedi during this period – that a group of people without magical powers have come together to join forces to save the galaxy. He wants the movie to “feel real.”

The world of this movie is not “black and white” or “good and evil,” leaving lots of grey area. Felicity Jones plays a Rebel soldier in the film. The movie will emphasize the “war” aspect of Star Wars.