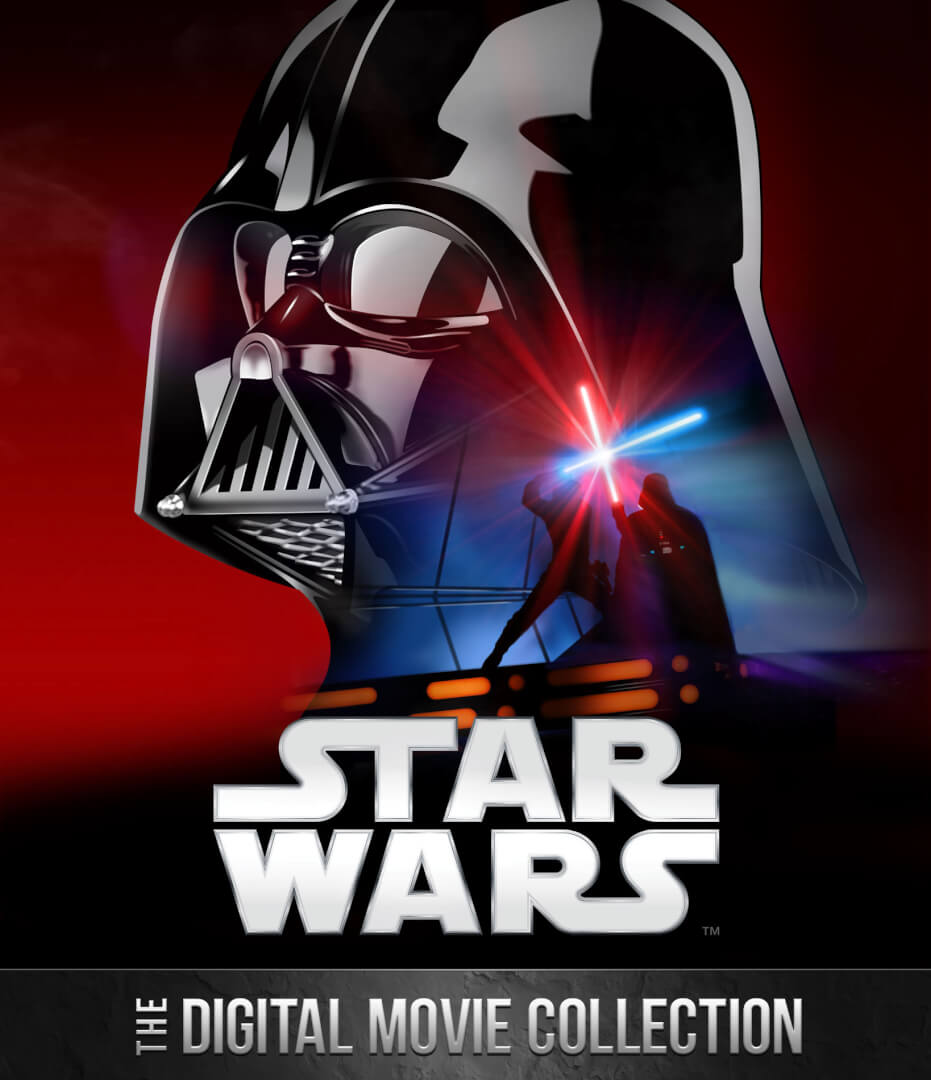 On April 10th Lucasfilm and 20th Century Fox will bring the most iconic movie collection into the digital era. Finally will the six classic films in the Star Wars Saga be released in Digital HD and be made available for purchase as both a collection and individually. Lucasfilm President Kathleen Kennedy had this to say about the exciting new release:

“We’re thrilled that fans will be able to enjoy the Star Wars Saga on their digital devices wherever they go. These films broke new ground in technology, design, sound, and visual effects, and we’ve created some very special bonus material which delves into the Saga’s rich history, including new and never-before-released conversations between legendary Star Wars artists – the masters who helped George bring his iconic universe to life.”

That’s right, this new Digital collection will include some new bonus material, never-before-seen by Star Wars fans like Star Wars: Discoveries from Inside and insightful Conversations between key contributors from across this celebrated film franchise. Each movie will also include classic Star Wars extras which include previously released bonus features like bloopers and deleted scenes.

The new Star Wars Digital Movie collection will be available at online retailers such as Amazon, iTunes, Vudu and Disney Movies Anywhere.

Below you have a list of all 6 movies available in the collection plus their bonus material.