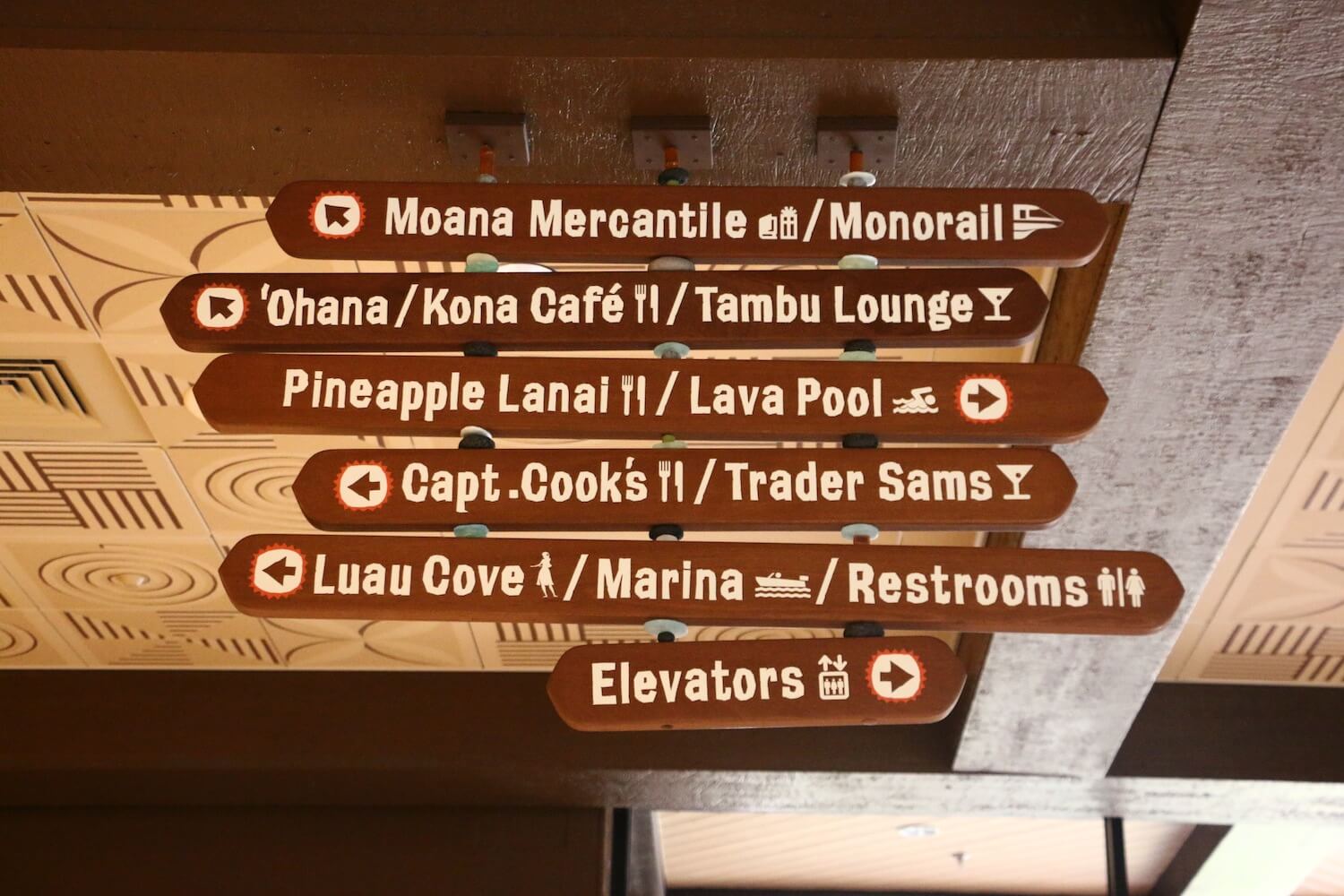 The Polynesian Village Resort at Walt Disney World has been undergoing a major transformation for many months, improving the looks of many public areas as well as adding more amenities.

The most anticipated addition is definitely Trader Sam’s Grog Grotto, a themed bar that will include specialty drinks, small plates of food, and plenty of wild and interactive effects along with a vibrant staff of bartenders. When it opens soon, it will seat only around 50 people inside, plus a small patio outside, giving it intimate appeal, just like its sister location at Disneyland in California.

It will officially open next week, though there is a good chance of a soft opening or two before that within the next few days. Today, signs went up around the Polynesian, including the official one marking its entrance – fairly nondescript and tucked away down a hallway, not drawing too much attention to itself. There’s no doubt locals and visitors alike will have to fight for a chance to get inside this highly-anticipated new Walt Disney World establishment.

Meanwhile in the Polynesian lobby, the large tiki statue has finally arrived atop the new water feature. Though he isn’t quite complete (he’s still missing leis in his hands), he does add a nice finishing touch to the renovated sitting area. Outside, behind construction walls, work continues on the pool area with some tiki statues peeking out. Though the renovated pool area won’t be opening next week, the Bora Bora Bungalows will, recently previewed here.

Stay tuned in the coming days for looks in and around all of the newest additions to Walt Disney World’s Polynesian Village Resort!