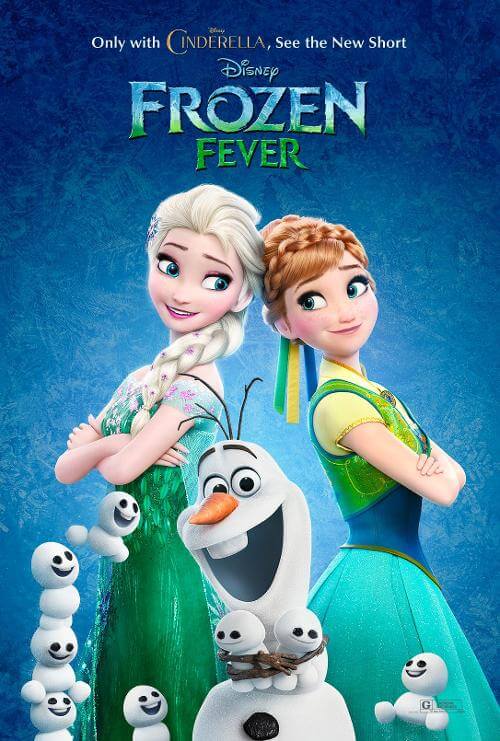 Disney has released a new poster for the upcoming “Frozen Fever” short that features the mini snowmen Elsa conjures up whenever she sneezes. “Frozen Fever” debuts this Friday ahead of “Cinderella” in theaters on May 13, 2015.