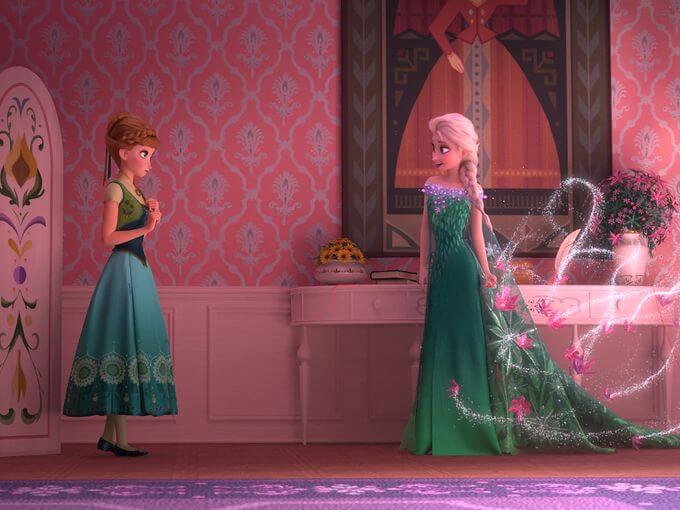 The new seven-minute short “Frozen Fever” will debut on March 13 ahead of Disney’s live-action “Cinderella” in theaters, but today a first look at a few frames from it have been revealed.

The short will tell the story of Princess Anna’s birthday, as Elsa, Kristoff, Olaf, and Sven aim to throw her a party. Elsa is a bit more light-hearted now that she’s got her powers under control, but when gets a cold not everything goes as planned.

In the video below, directors Chris Buck and Jennifer Lee talk about the upcoming short: Fans are excited to see new dresses for Anna and Elsa featured in “Frozen Fever.”

Songwriters Robert Lopez and Kristen Anderson-Lopez have penned a new song for the short, which will surely catch on “Let It Go” style.

More about the short can be found on USA Today.