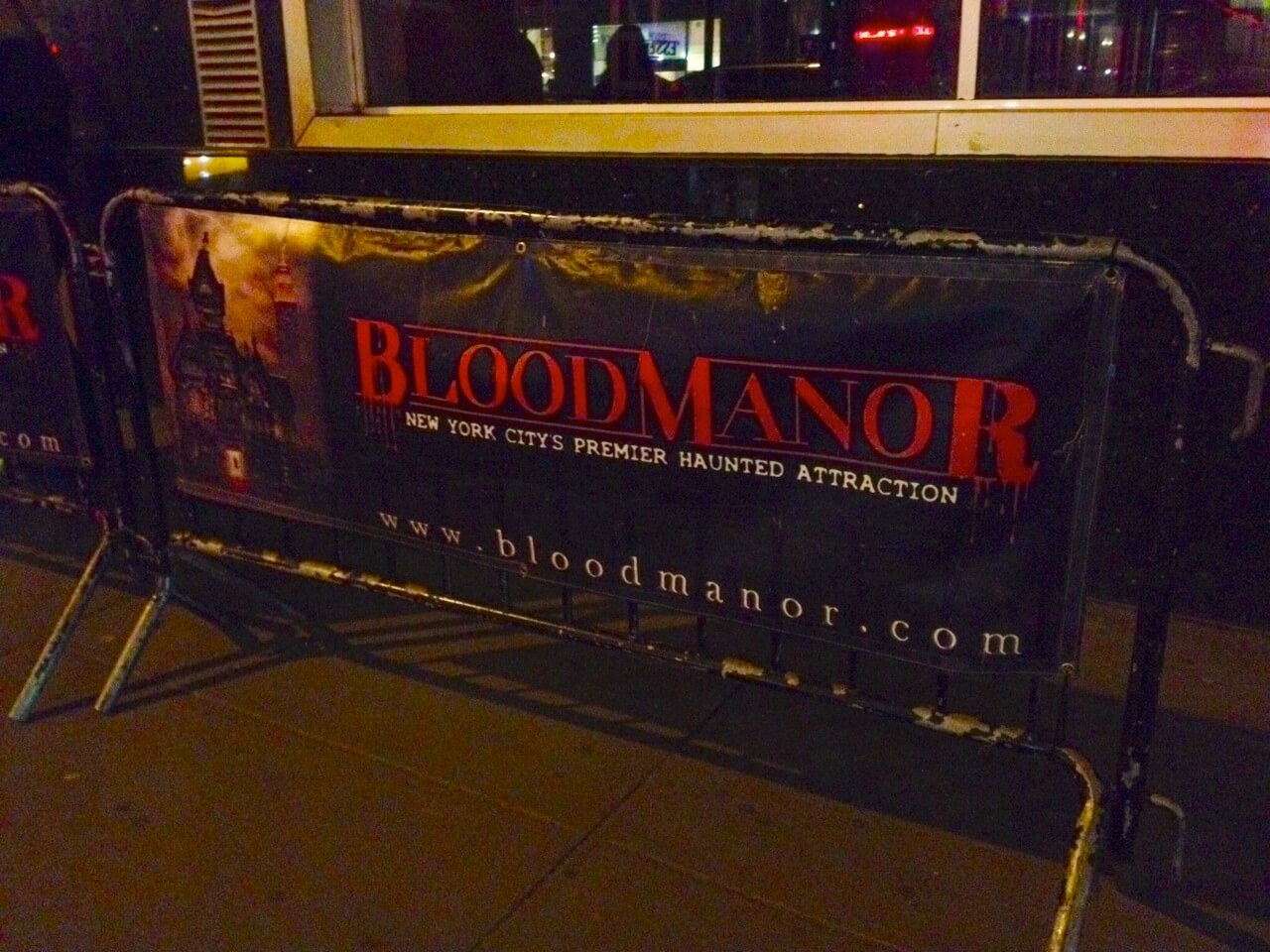 It was a dark and freezing Friday the 13th, the night before Valentine’s Day. Seasonal haunted house Blood Manor opened its doors in New York for two nights only, encouraging couples and singles alike to step inside for some romance gone wrong.

Standing in line outside in nearly 0-degree weather is certainly one way to heighten the senses while anticipating entry into a haunted attraction. After climbing a creepy staircase, Blood Manor suddenly appears. This haunt’s dominating feature is an abundance of half naked demon women airbrushed along many of its walls. It’s immediately clear that this is an experience aimed at adults.

While no touching from actors occurred inside this haunt (romantic or otherwise), the same can’t be said of its patrons. Bouncing from room to room, each scare seemed to send screaming guests grabbing for anyone and everyone around to hide behind. Put into a group with three girls I’d never met, I quickly realized I had to lead the way, as they physically pushed me ahead of them. But Blood Manor is smarter than that, ensuring that they got what was coming to them by scaring them from behind. Watching them bounce back and forth between wanting to be ahead or behind me was wonderfully entertaining, as no matter how much they tried they couldn’t escape the scares. And I wasn’t about to help them.

The Valentine’s Day theme was relatively subtle as an overlay to the haunt, which included a variety of fairly standard spooky rooms. Actors did make an effort to get close to guests, urging them to be their Valentine. And with some of the more scantily clad ghouls of the group, I was tempted to take them up on their offer. A variety of hearts and shades of pink and red was added as decorations, keeping the Valentine’s theme present throughout without getting in the way of the haunt’s existing look. Halfway through, guests are given 3-D glasses to add some depth to the rest of the experience, particularly as those topless airbrushed demon girl paintings now seemed to pop out of the walls.

Blood Manor is a fun haunt, particularly as an off season event. It’s not mind blowing or particularly original, but it was nice to get a taste of Halloween in February. But as it turned out, the staircase on the way out was the eeriest part of the whole attraction, showing off the old New York building’s inherent creepiness, far more interesting than the painted flats that comprise most of the maze. When I suggested to them via Twitter they should use more of the real building and less of their sets, they replied “never know we just might.” Hmm. More information can be found at BloodManor.com, which states that the event will return for Halloween 2015.