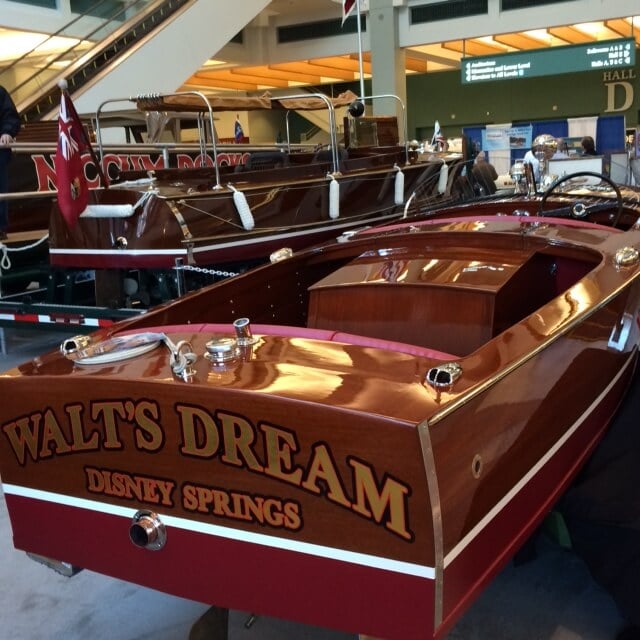 At last weekend’s Minneapolis Boat Show, part of The Boathouse’s upcoming decor was shown off: a restored 1947 Chris Craft Special Runabout that’s now called “Walt’s Dream.” (Thanks to Tom for the pics!) Its accompanying sign reveals a bit about the upcoming restaurant:

This boat was found in a parking lot in Elk River and purchased from the family of the original owner. Jerry and Josh Battis of Battis Boatworks, Inc. restored her from the bottom up with a new 5200 bottom and all new sides and top planks. She will be permanently displayed at Schussler Creative’s new vintage boat upscale theme restaurant called “The Boat House” [sic] opening in April 2015 in Disney Springs, Orlando, Florida. So it seems The Boathouse will be open by April 2015, though at the rate it seems to be progressing it may be even sooner.