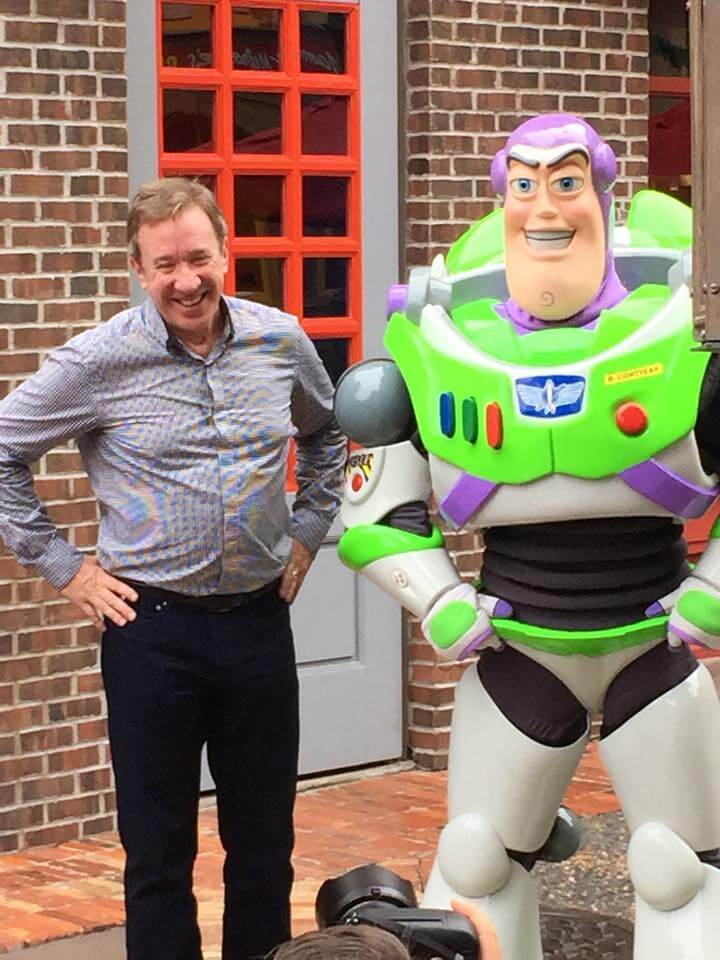 At Disney’s Hollywood Studios on New Year’s Eve 2014, voice of Buzz Lightyear Tim Allen had a special character meeting with Buzz Lightyear, posing for Disney’s photographers. During the photo op just outside the “Toy Story” themed Pizza Planet restaurant, one little girl yelled out “HI BUZZ!” from a distance, to which Tim waved back, quickly realizing she was excited about the character – not him.

Thanks to WDW Guided Tours for the video and photos!