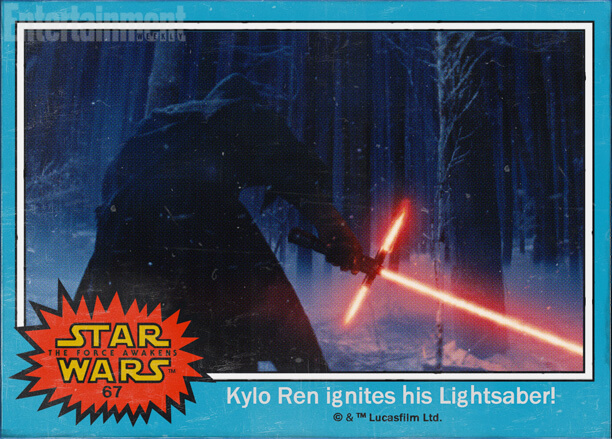 The mysterious characters seen in the incredibly popular “Star Wars: The Force Awakens” trailer have now been revealed in a rather fun way.

That ball droid? BB-8. The bad guy with the now-infamous cross guard lightsaber? Kylo Ren. And then there are main characters Rey and Finn, plus Poe Dameron piloting an X-Wing. Plus a few more: