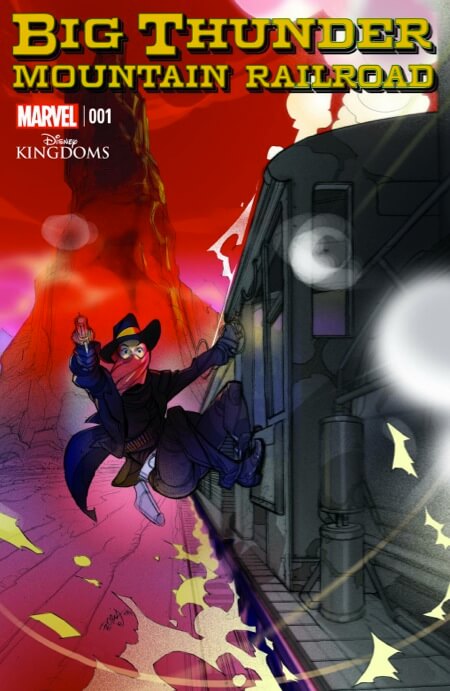 Following the success of “Figment” and praise of “Seekers of the Weird” comes the next in the Disney Kingdoms comic series: “Big Thunder Mountain Railroad.”

Marvel Comics has released the first cover of the new comic based on the popular Disney theme park ride. Like the other two Disney Kingdoms comics, “Big Thunder Mountain” will be a five-issue limited series, first hitting comic stores in March 2015.