The masterminds behind Halloween Horror Nights at Universal Orlando always have a few surprise tricks up their sleeves.

While tens of thousands of guests poured through Universal’s gates in 2014 enjoying eight haunted houses, four scare zones, and two live shows, a select few hundred of the event’s most loyal fans had the chance to engage in a special interactive adventure that laid the groundwork for unique experiences to come.

Since 2008, hardcore Halloween Horror Nights fans have had the opportunity to dive deeper into the event’s story via a fictitious organization called Legendary Truth, founded by Universal’s “masters” to add new layers to the experience.

Until the final weekend of Halloween Horror Nights 2014, Legendary Truth was absent from the event. But fans took note as a mobile app was unexpectedly released as the key to unlocking an incredibly in-depth surprise. The app was called Tactical Evaluation of Spectrum Terrors, or T.E.S.T. for short. 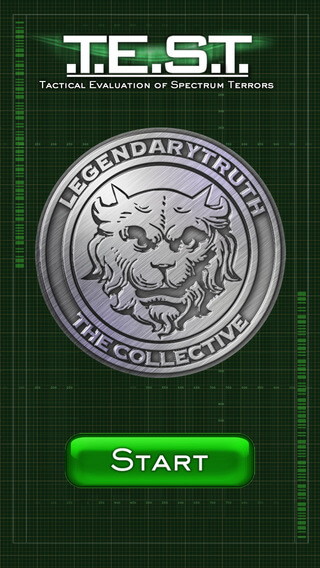 And it literally was a test as Universal experimented with new technologies intended to enhance future Horror Nights experiences. But while the app featured a few puzzles to solve in the park’s streets, there was much more to it. Those who successfully completed the puzzles and found their way to a secret location in the park (the back of the Macy’s building in the New York area) soon discovered a new interactive, multi-room walkthrough experience unlike anything Horror Nights has delivered before. 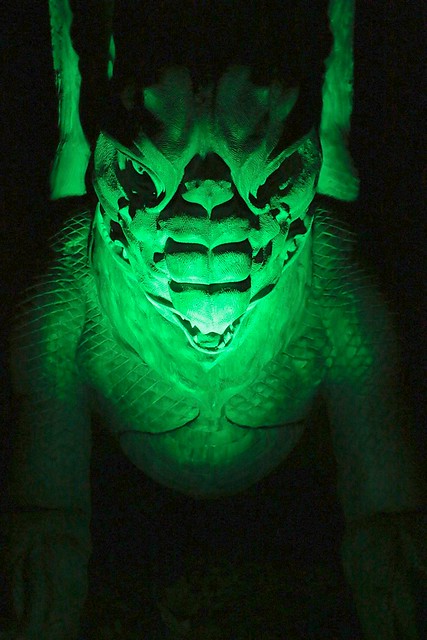 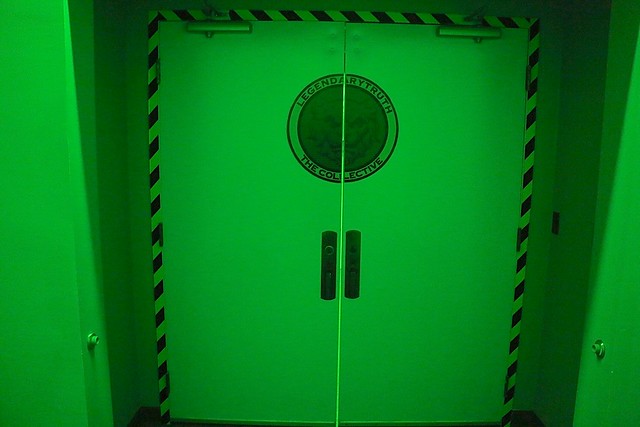 Inside, fans found themselves in a Legendary Truth Field Office and Briefing Room, welcomed by Universal’s art & design director TJ Mannarino. He explained all would have to surrender their cameras, cell phones, and other electronics before engaging in a series of tests to try to make contact with spirits. 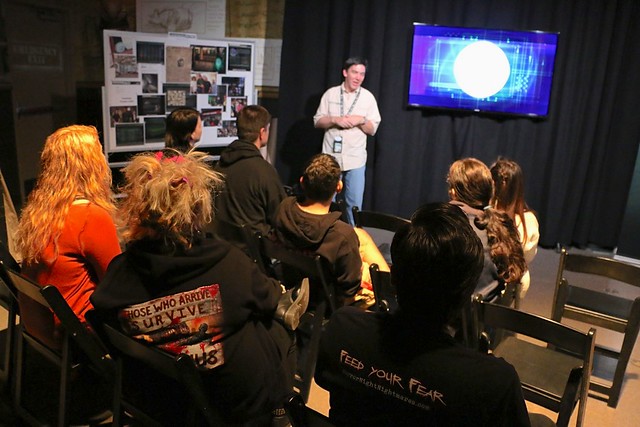 The Legendary Truth masters granted me exclusive access to document what transpired thereafter, not only to report on this very special and unique theme park experience, but also to aid in further exploration of the story for fans who continue to hunt for clues long after the event has ended.

The video below showcases the Legendary Truth 2014 experience, as it took place behind glowing green closed doors for just 3 nights.

This small scale “T.E.S.T.” for a select audience seemed to be a success, not only for bringing tremendous surprises to the most excited of Halloween Horror Nights fans, but also because of the inventive use of technology Universal’s teams employed to create the experience. The small theme park team worked closely with a team from the studio to create an experience that was much more than the traditional haunted houses that have filled Horror Nights for 24 years. 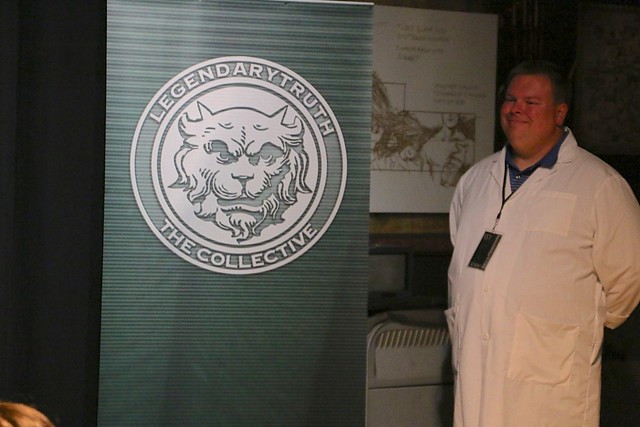 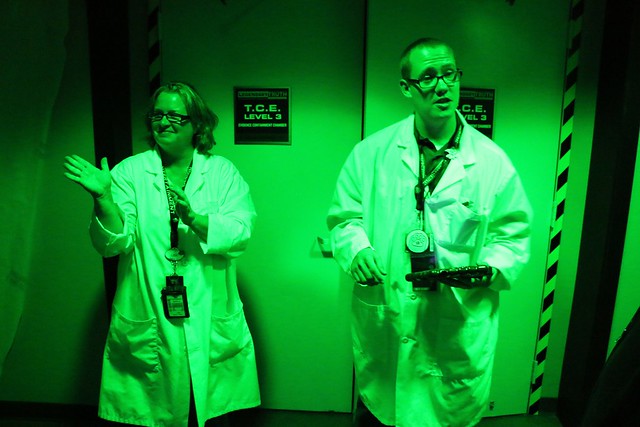 Over the past six years, they have delivered original story-driven content via web sites and games, in-park puzzles relying on group dynamics to solve, scannable technology-embedded cards, and now mobile applications for fans to use on their own phones. It’s all intended for a niche audience, certainly, but an important one that lives and breathes Halloween Horror Nights every year. 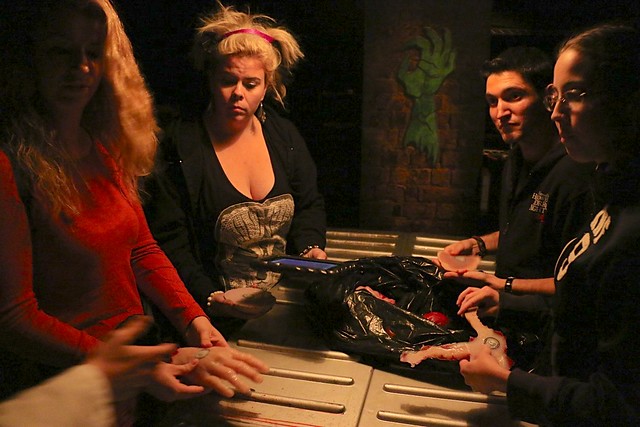 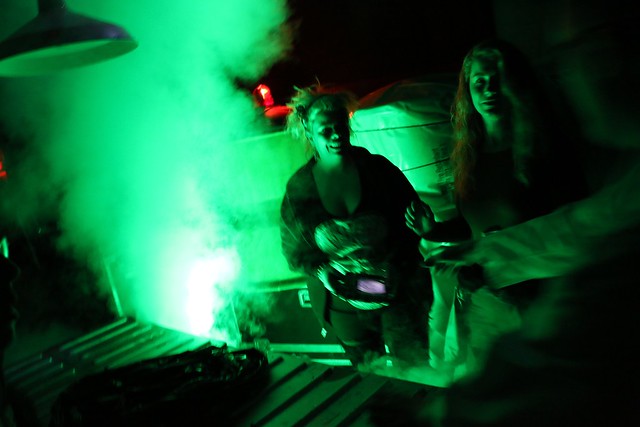 As long haunted house lines plague the event’s consistently busy nights with properties like “The Walking Dead” taking the spotlight, it will be these more intimate, original experiences that keep the biggest haunt fans coming back to see what Universal comes up with next. 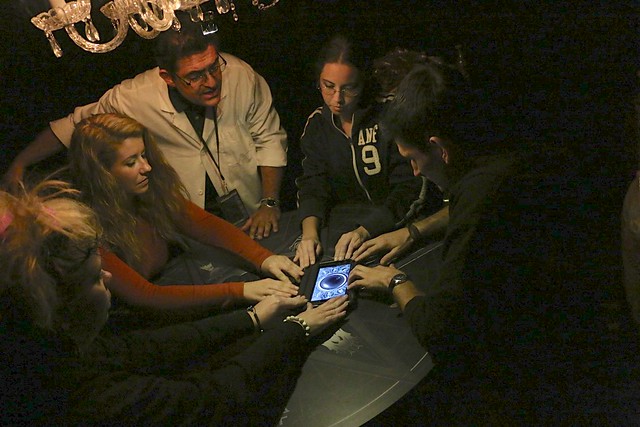 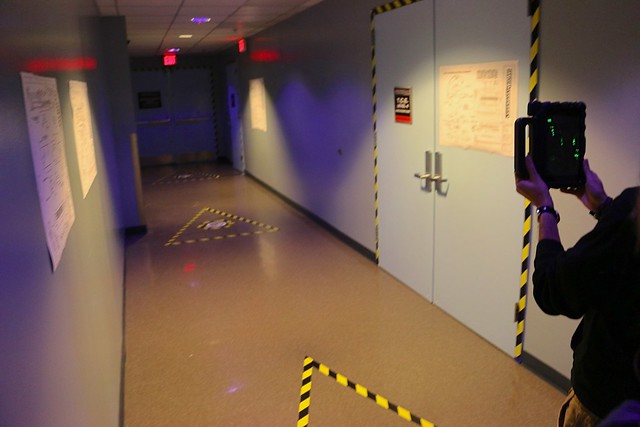 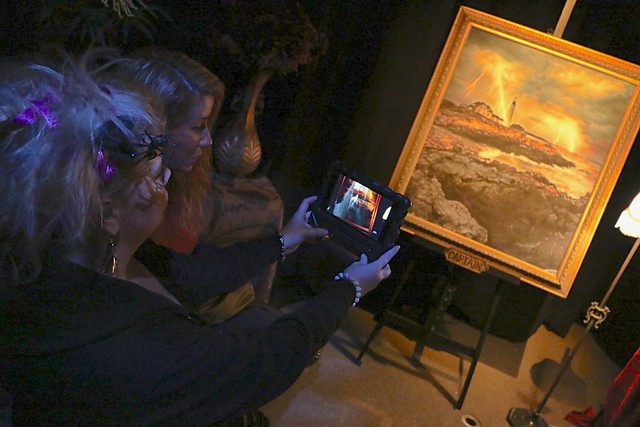 Halloween events are rapidly evolving past “boo” scares and Legendary Truth is where Universal is able to push the limits beyond conga lines through dark corridors and into new realms. And as the event approaches its milestone 25th year, longtime Horror Nights fans eagerly await how this “T.E.S.T.” unfolds in 2015.

And for those of you out there who are still playing along with Legendary Truth, be sure to flip through the photos below as the masters assure me there are still hidden messages to be found and puzzles to be solved. Comment below if high-resolution copies of any of the photos are needed to continue the hunt.