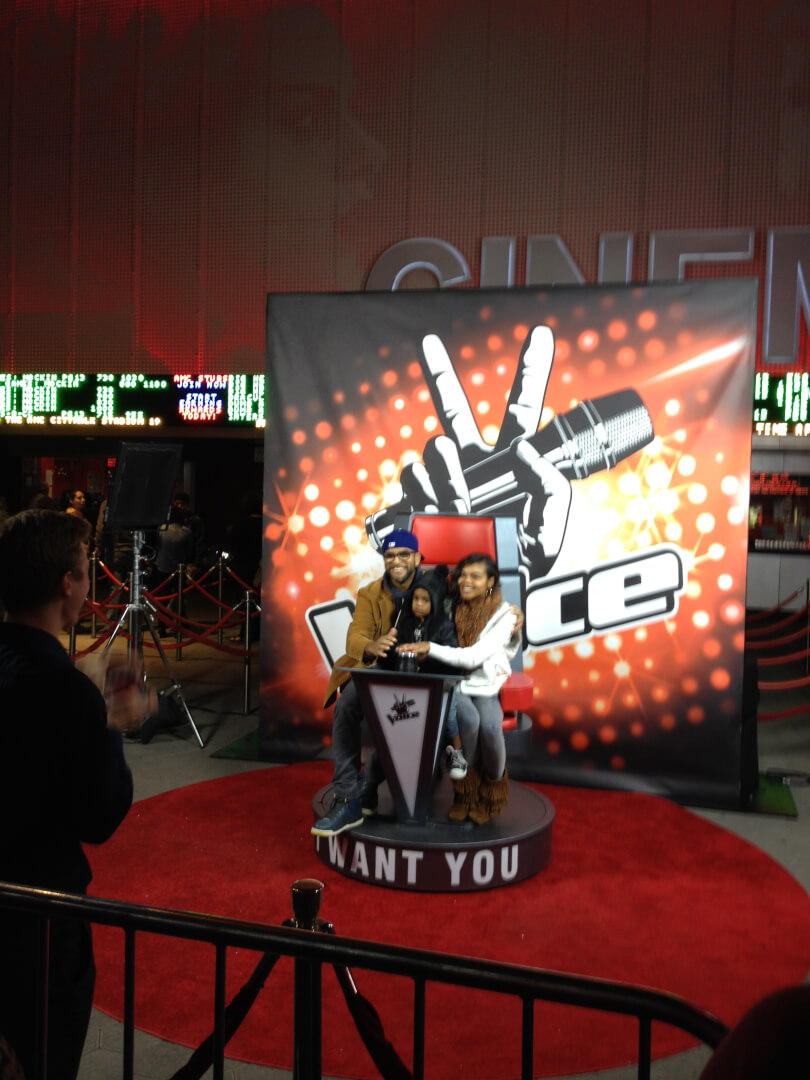 This week Universal CityWalk in Hollywood celebrated the start of the festive holiday season with a spirited tree lighting ceremony featuring Carson Daly from “The Voice,” along with Santa Claus and the show’s top 10 finalists. In addition to these scheduled stars, coaches/musicians Blake Shelton and Adam Levine made a surprise appearance just moments after they wrapped one of their live TV shows.

Watch the full lighting ceremony in the video below. After the ceremony, the finalists performed for the crowd – though no Christmas tunes were sung. But fans didn’t mind as they were treated to performances from contestants worthy of being called “The Voice.”

CityWalk’s holiday festivities will feature free concerts and hourly snowfall at Santa’s Snow Zone, where guests may take photos with Kris Kringle himself aboard his giant sleigh. Event dates are Friday, November 28 through Thursday, December 25, 2014.