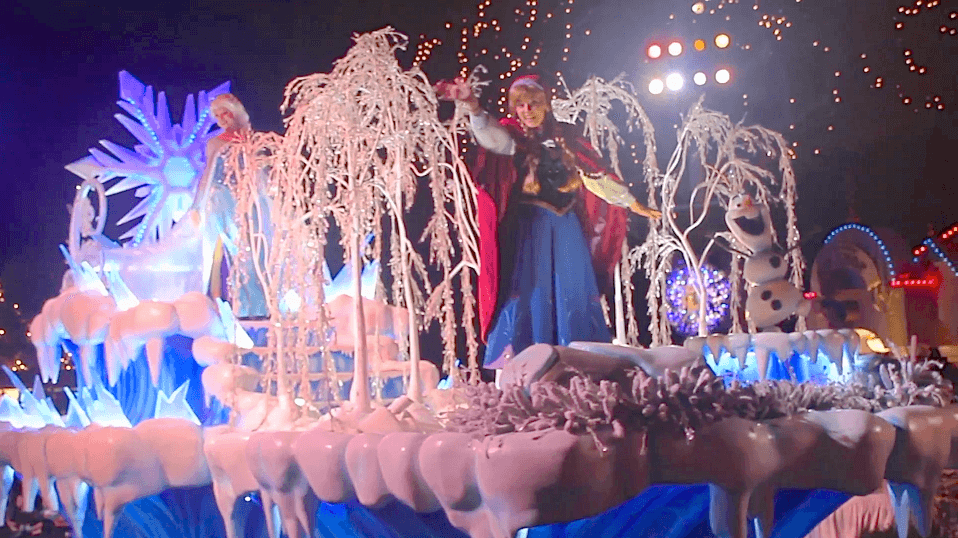 Disneyland has officially begun their holiday season, lighting up the parks with twinkling bulbs and putting on a variety of extra entertainment. Included with daily park admission is A Christmas Fantasy Parade that this year not only features staples like Santa Claus and his reindeer, but also welcomes a few familiar faces from “Frozen.”

Much like during Mickey’s Soundsational Parade and the recent Character Cavalcade during Mickey’s Halloween Party, Anna, Elsa, and Olaf now make their way through the streets of Disneyland during A Christmas Fantasy Parade. Unlike Walt Disney World’s “Frozen” parade additions, Olaf is not a walkaround character at Disneyland, but rather a figure on the icy float. But Anna and Elsa definitely come to life next to him, exciting guests with each appearance.