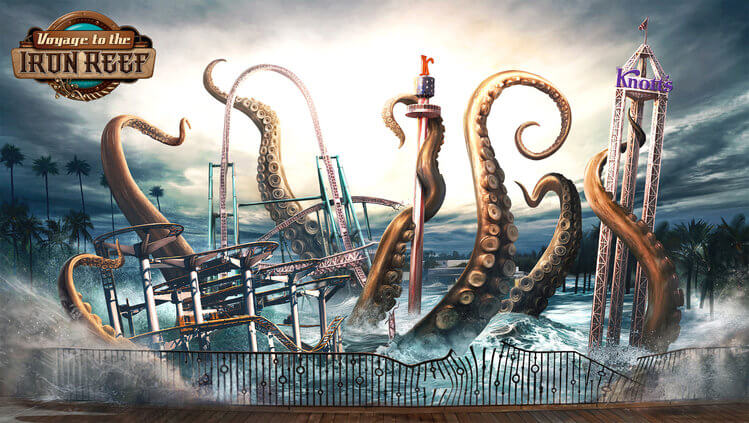 Today Knott’s Berry Farm announced a new interactive shooter dark ride coming to the park in 2015 called Voyage to the Iron Reef. It will feature a steampunk flair in an ocean battle against giant sea creatures.

The 4-D ride will arm passengers with laser guns (or “freeze rays”) sending them on an adventure inspired by Jules Verne and H.G. Wells, including “Twenty Thousand Leagues Under the Sea.” As the story goes, mechanized sea creatures have been feasting on steel rides in the park and turned steampunk as a result. The ride’s footprint will sit atop two former Knott’s attractions, Knott’s Bear-y Tales and Kingdom of the Dinosaurs. And in the end, guests will rack up points by blasting away throughout the experience.