Christmas season may be upon us but that didn’t stop creators of haunted attractions from showing off their latest scares at the 2014 IAAPA Expo last week.

The biggest three names in creators of all things creepy at the show were Scare Factory, Pale Night Productions, and Blacklight Attractions and Halloween Productions, each featuring unique walkthrough experiences and interactive elements.

Blacklight and Pale Night offered similarly spooky haunted houses, each towering over the shower floor. These companies don’t operate their own attractions but rather design and build them for others, particularly when filling them with their own unique props.

Pale Night’s booth was particularly popular due to a fun and freaky zombie photo op as well as an amusing interactive zombie puppet and a “lifelike” silicone-based zombie animatronic peeking out of a window. Inside, a multi-room walkthrough haunted house packed visual punch through the company’s multimedia video screens and animated props. 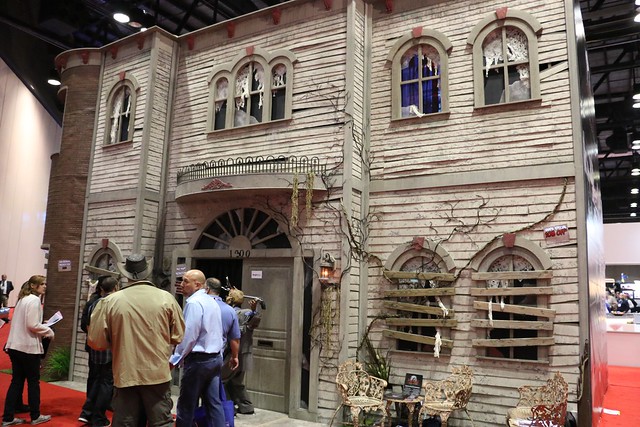 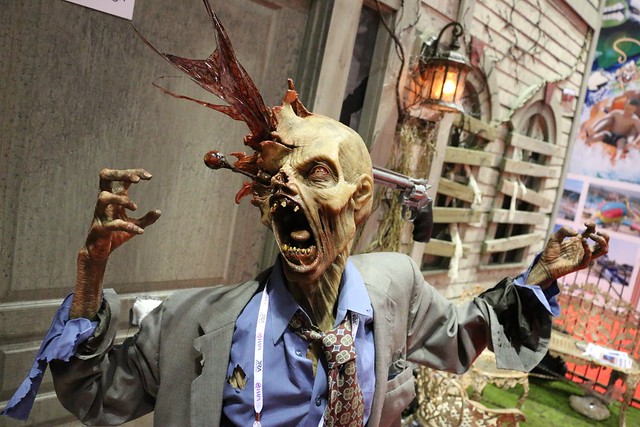 Blacklight’s haunted house relied on motion sensors to trigger moments throughout their walkthrough experience, which featured some impressively startling scenes.

Neither of these experiences are intended to be full haunted attractions, but rather product demos to help sell their props.

But the king of animated props at IAAPA is always Scare Factory with a huge assortment of massive creatures that will surely be seen in haunts across the country come Halloween 2015. 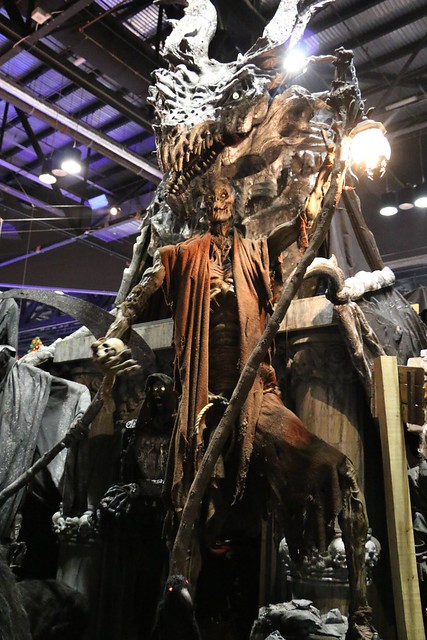 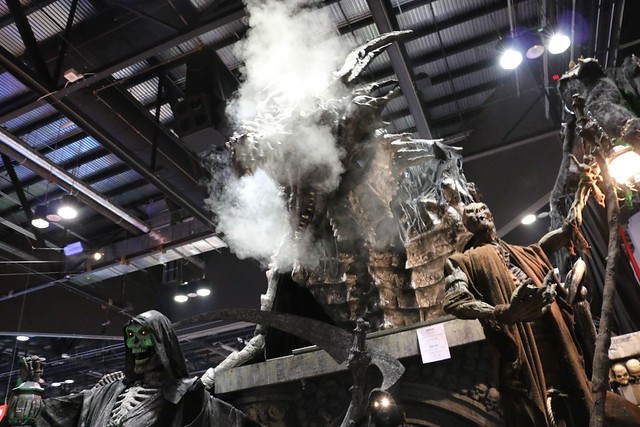 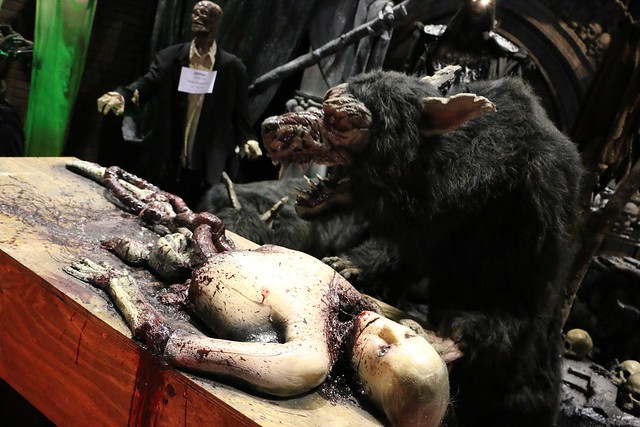 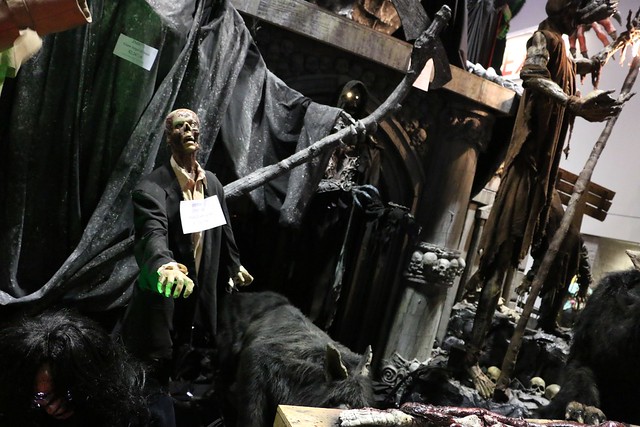 Scare Factory introduced a zombie shooting gallery at IAAPA a few years ago and continues to expand on their interactivity. This year a wizard theme was used not only for their shooting gallery, featuring magic wands, but also a new wizard dueling experience that had attendees battling face-to-face, triggering all sorts of special effects. 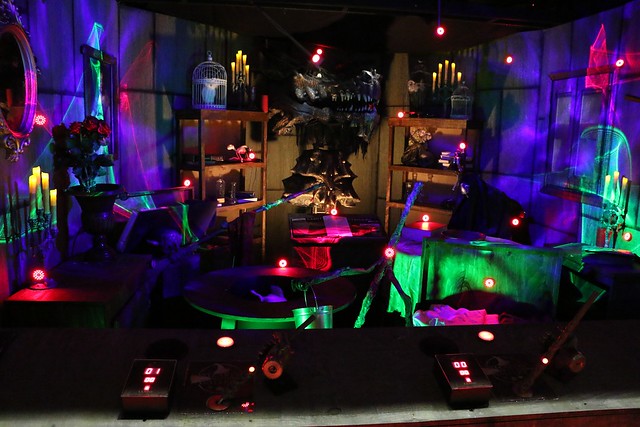 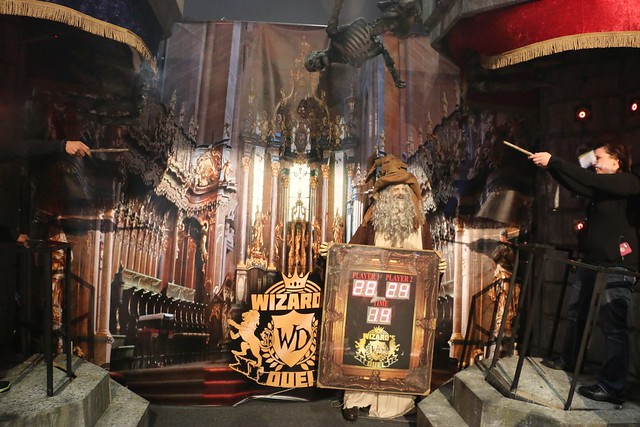 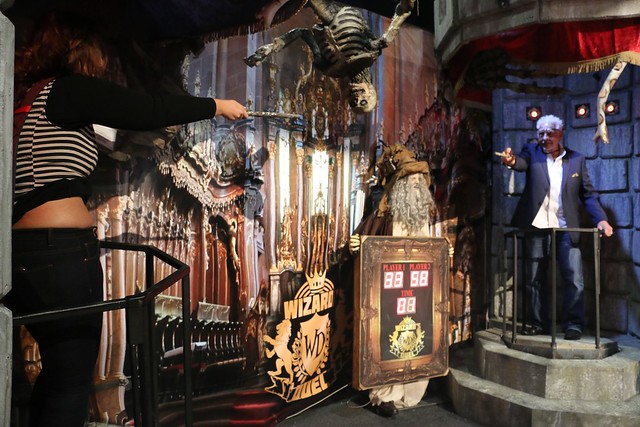 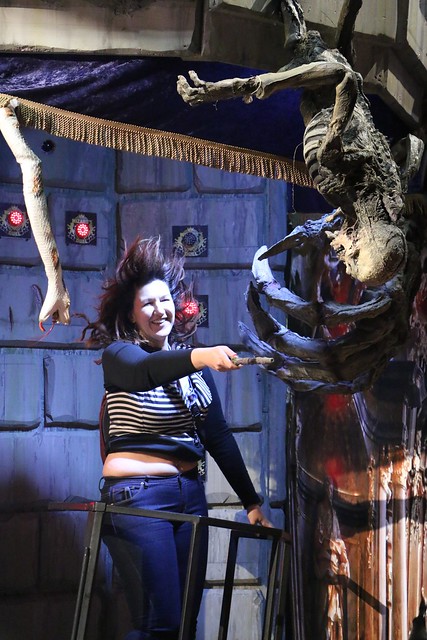 Scare Factory also added a walkthrough shooting gallery – more of a proof of concept than anything else. Animatronic skeletons and other ghouls popped out of dark corners with red illuminated targets on them that could be shot at using wands or guns, keeping track of points along the way. 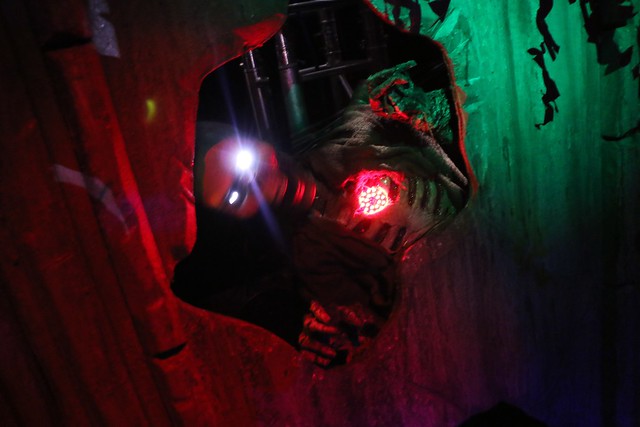 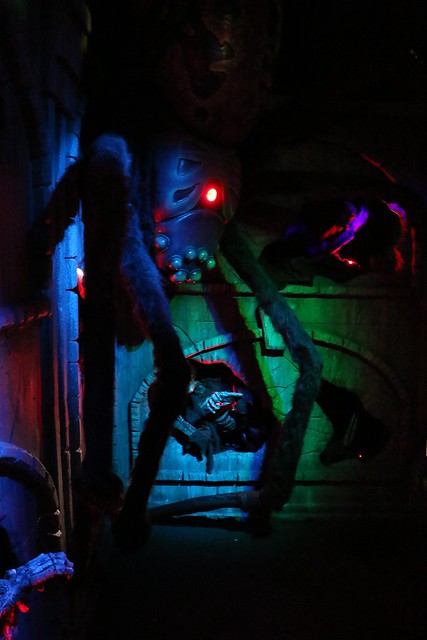 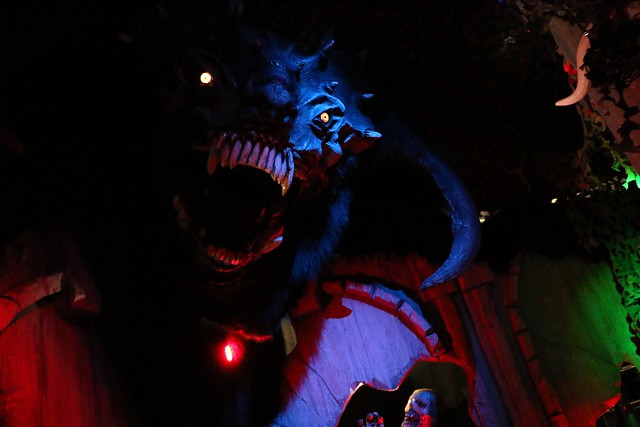 Those weren’t the only horror themed experiences on the show floor. Sally Corp showed off an impressive zombie animatronic from Zombie Apocalypse – The Ride. 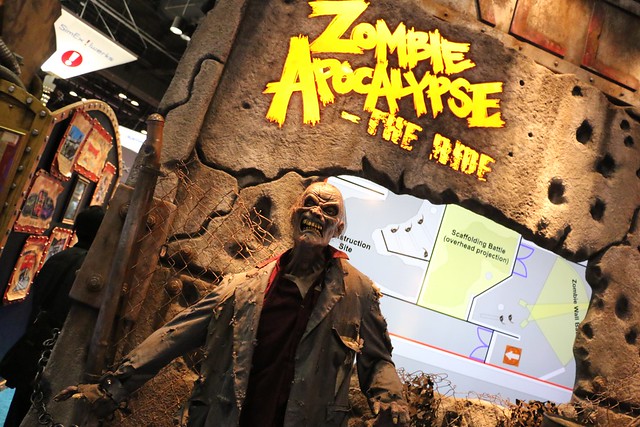 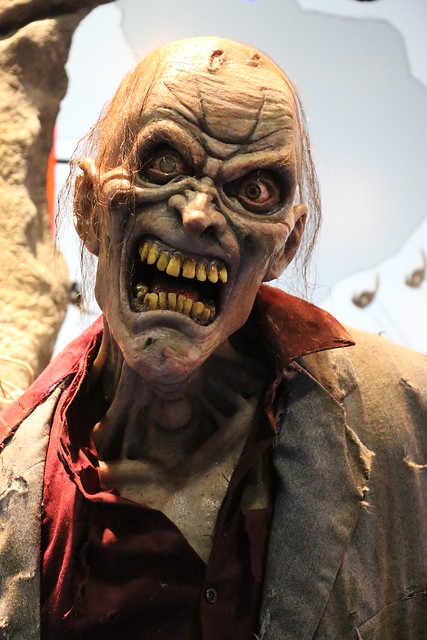 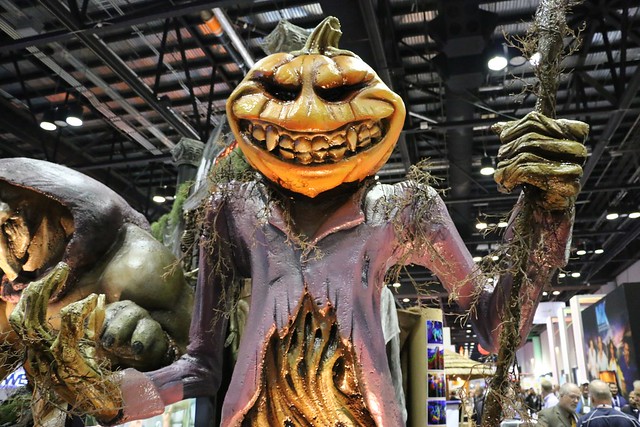 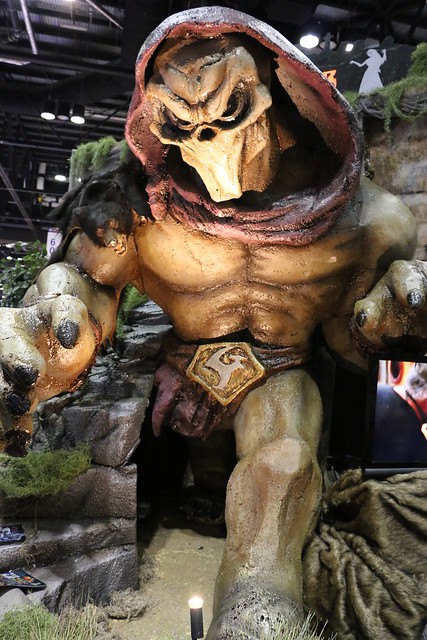 And Daniels Woodland had another stunning walkthrough booth, as they do every year. Though not a haunted house, it was filled with detail and could easily be made spooky with just a few additional props. 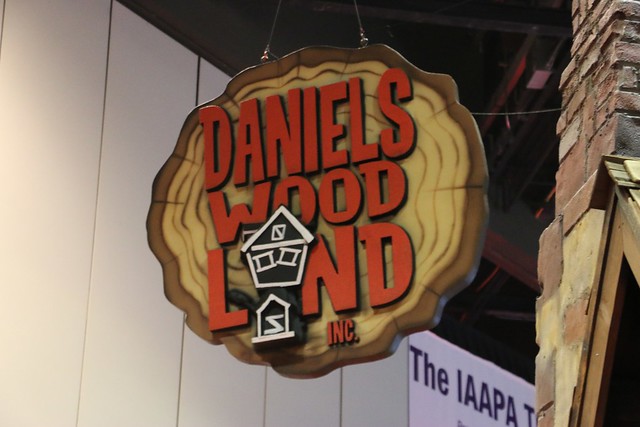 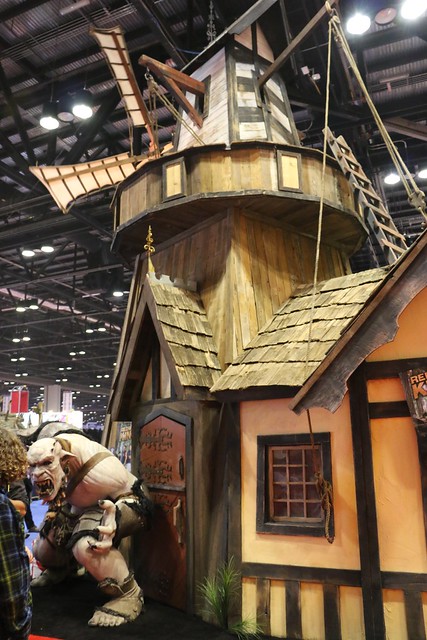 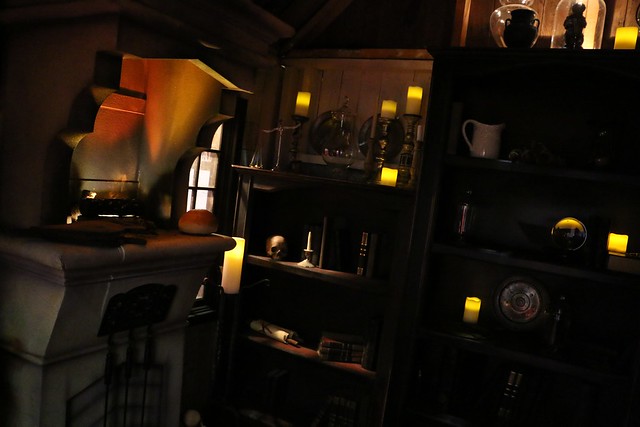 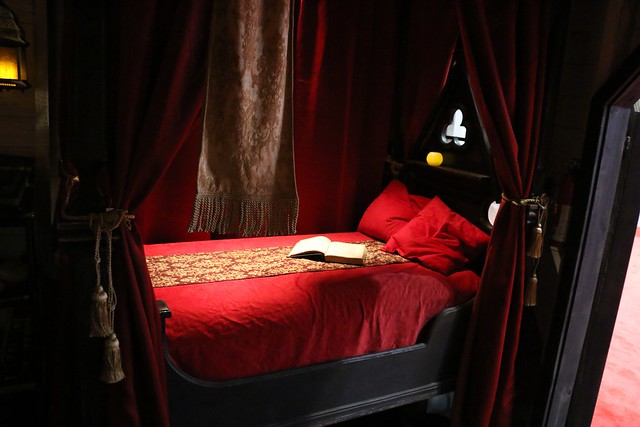 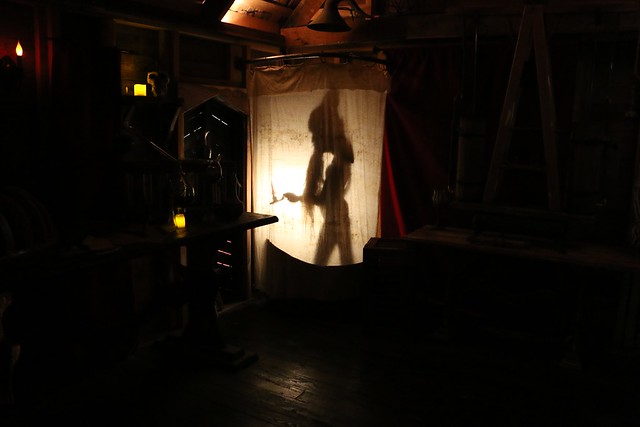 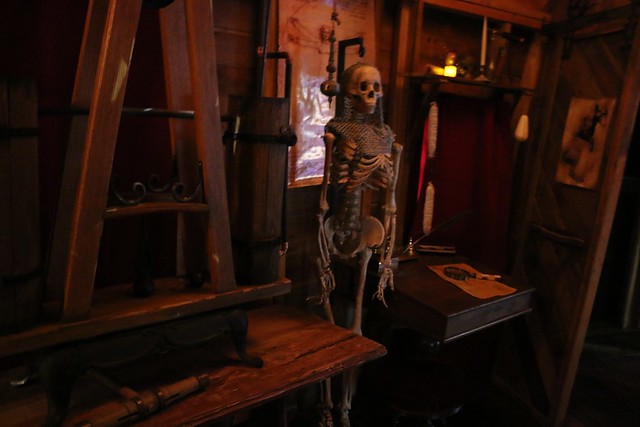 The haunted attraction industry continues to boom. Exhibiting at IAAPA 2014 was also TransWorld, whose own show in St. Louis in March 2015 will once again be the mecca for all haunt owners to flock to. But IAAPA 2014 offered a little taste of what’s to come in the haunt world next year.