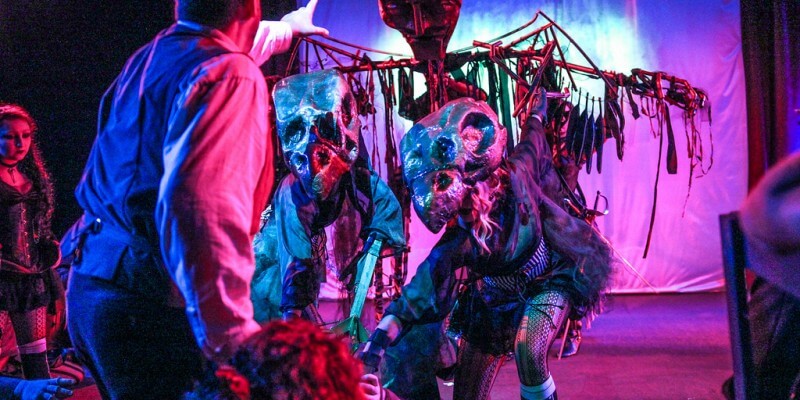 In its fifth year, Phantasmagoria “Death Comes for All” celebrates the 2014 Halloween season with another astounding show filled with storytellers, dancers, and chorus based on tales of terror from Edgar Allan Poe, Lewis Carroll, Charles Dickens, among folk tales, legends and myths.

It all takes place on the Mandell Stage at the John and Rita Lowndes Shakespeare Center featuring large scale puppetry, live actors and music, and many more macabre spectacles. 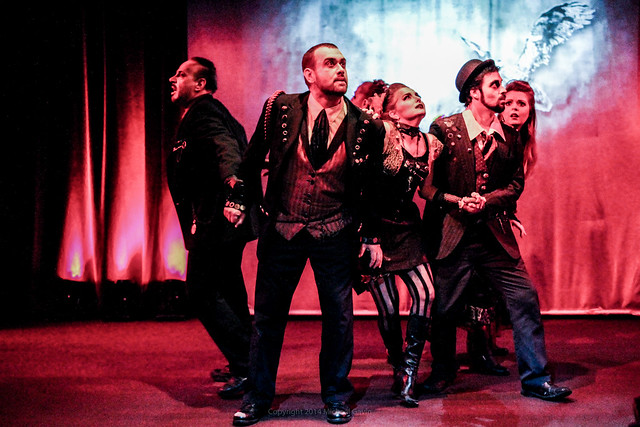 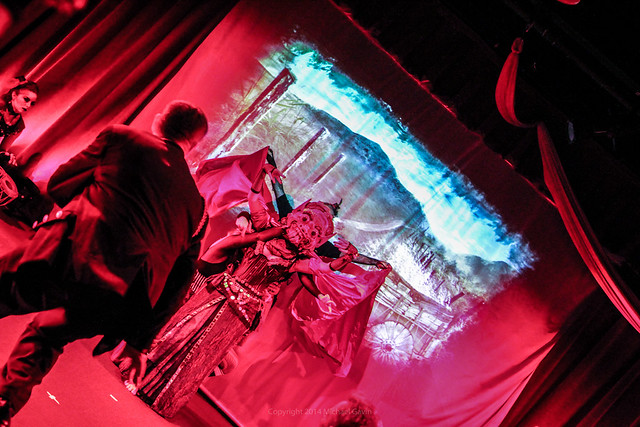 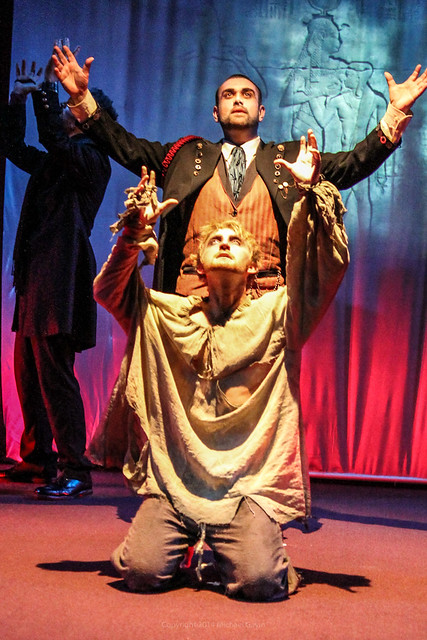 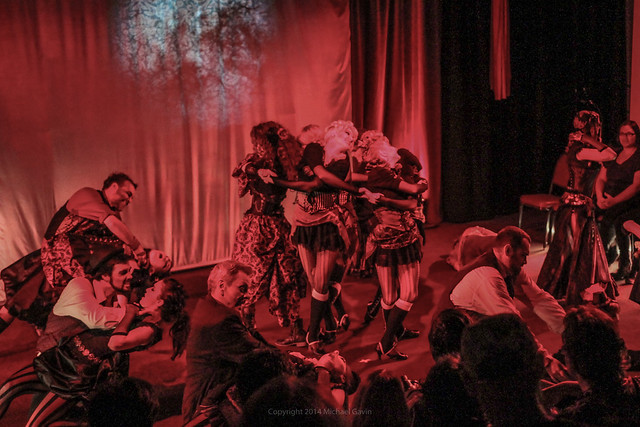 Producer John DiDonna describes the origin of the show as coming from a “nightmare” he had. Inspired by a puppet show he saw in New York, it evolved from a one night event to this year’s fifth year full of performances. DiDonna describes his performers as a family, with the cast returning year after year to put on an even more powerful show. 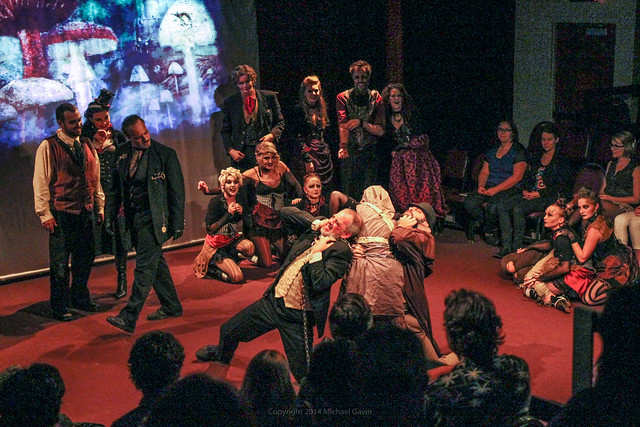 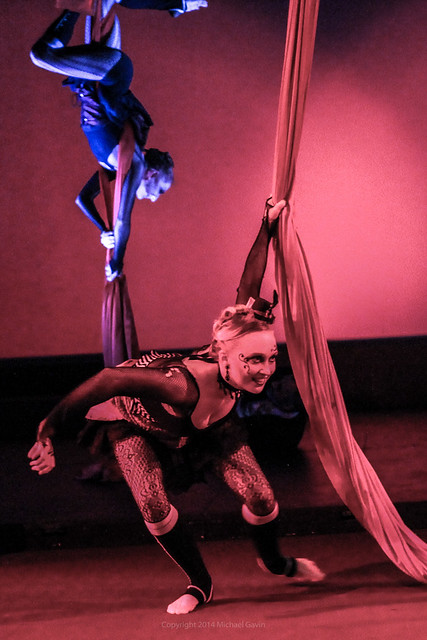 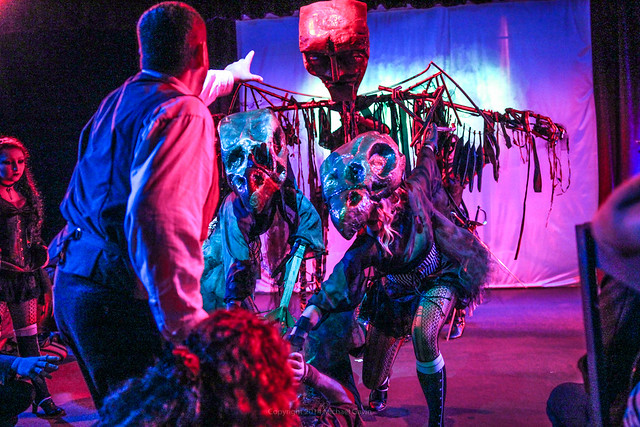 After the show, more entertainment fills the outdoor space with additional performances including stunning fire dancers. 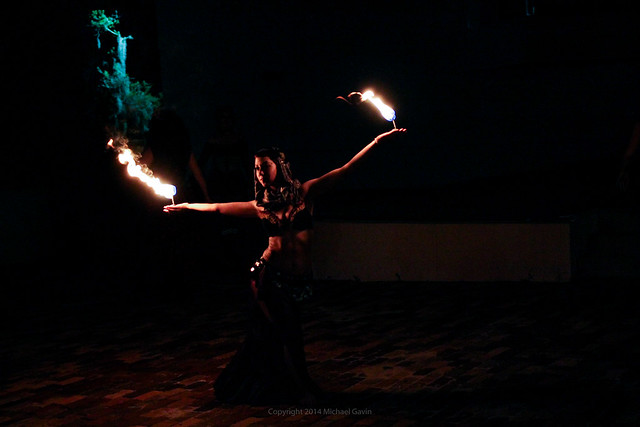 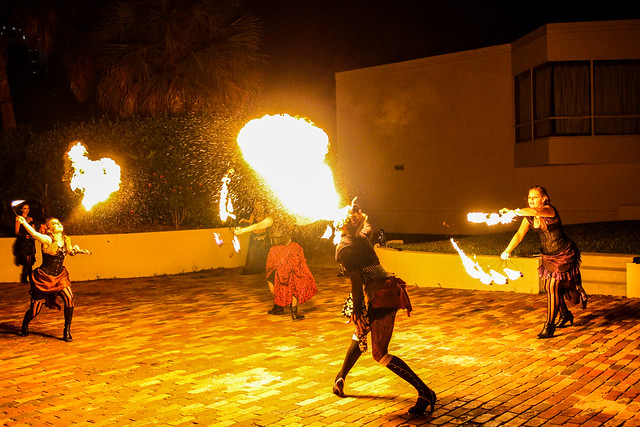 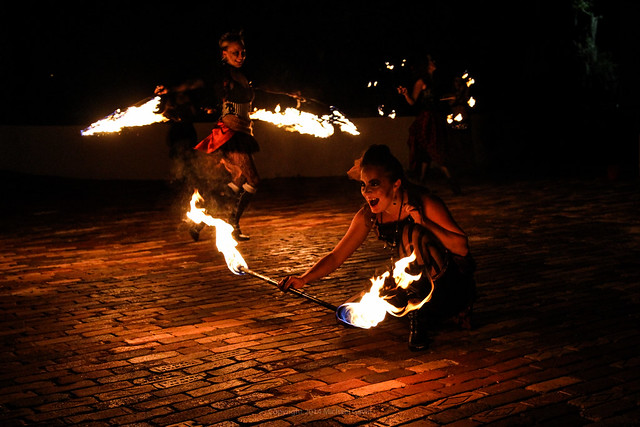 Tickets are $15 – $20 and can be reserved by calling 407.328.9005 online at www.OrlandoAtPlay.com. Shows continue through Halloween night. More information can be found at www.PhantasmagoriaOrlando.com.

And after Halloween, the web site will continue to evolve beginning in December to set the story for next year’s event.