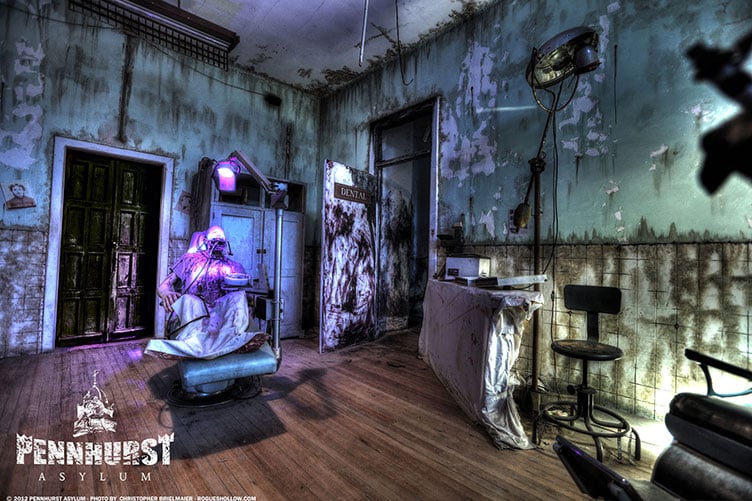 Hidden deep in the backwoods outside Philadelphia, Pennsylvania lies Pennhurst Asylum. It’s not only a creep-tastic location for a haunted attraction, but a part of the state’s history – an actual former asylum that once housed crazed inmates who now purportedly haunt its buildings.

The functional Pennhurst facility closed back in the 1980s, abandoning its many structures to crumble an rot for decades. It reopened just five years ago, instantly becoming one of the most talked about Halloween events in the country. The local community was outraged initially, demanding the haunt get shut down, fearing it would trample on historic and sacred grounds. 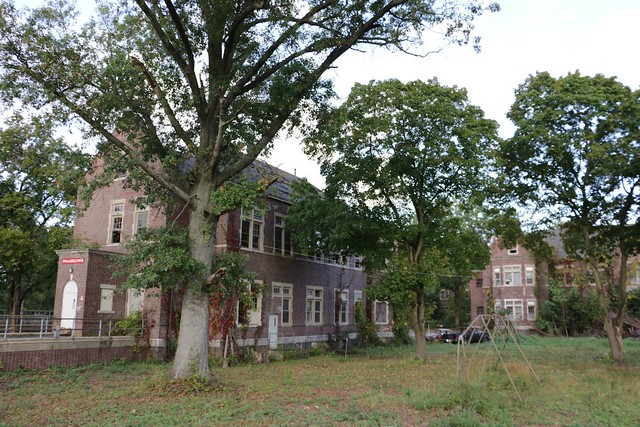 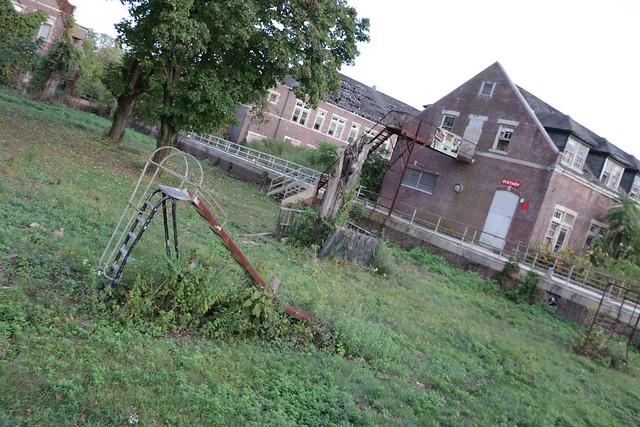 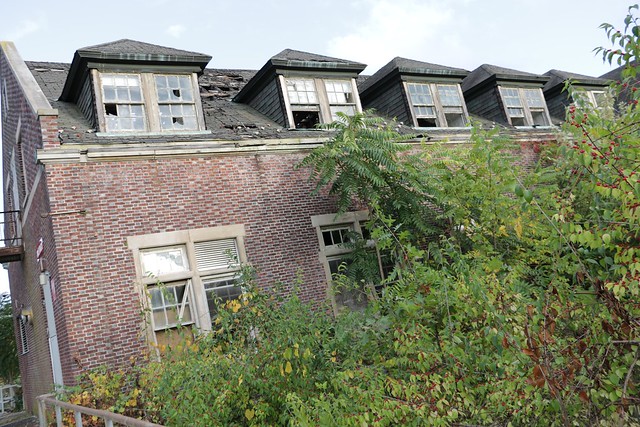 But today it is hallowed as an inventive, exciting, and intense experience for thrill seekers and Halloween fans alike.

Simply driving to Pennhurst causes shivers, with seemingly endless dark and curvy roads winding through a forest in the middle of nowhere. Once at the event, it’s all too clear this is a controlled, safe place to simply have some spooky fun.

There are several different haunted houses found at Pennhurst. Guests can buy tickets to experience one, several, or all. There is also a small “carnival” type atmosphere in between the buildings, with standard Halloween tunes playing, flashing colored lights, fire breathers, kooky characters, food, drinks, games, and merchandise. 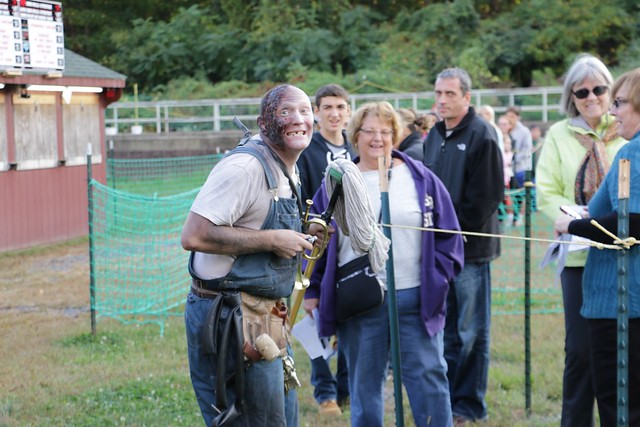 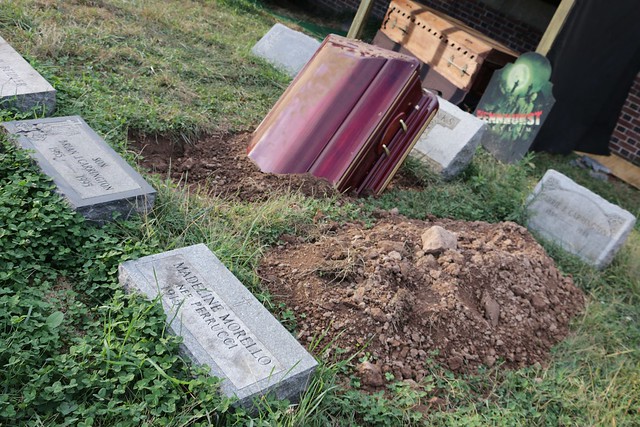 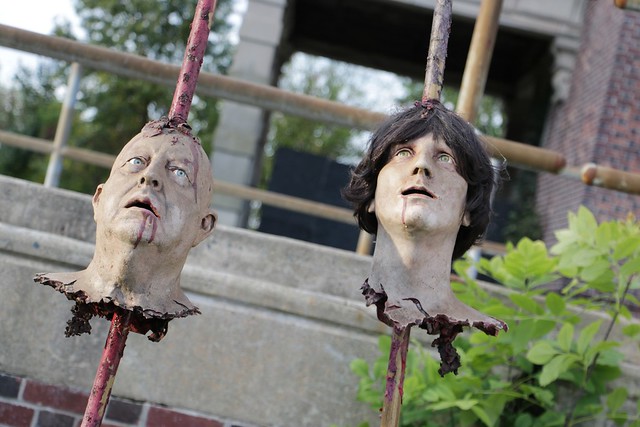 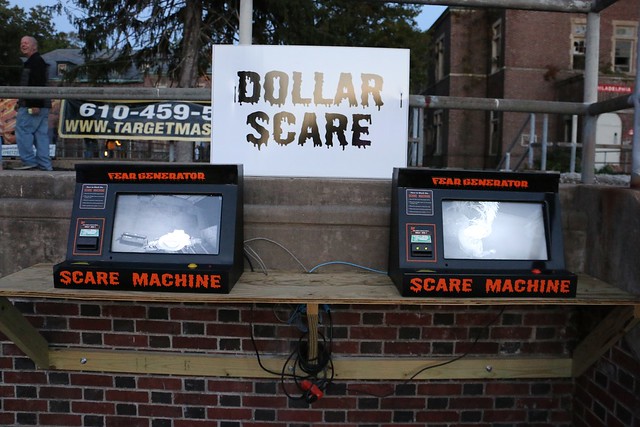 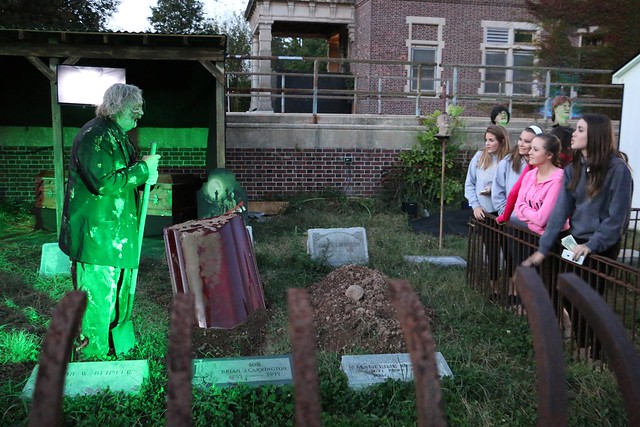 The highlight of Pennhurst is by far their namesake Asylum maze. It puts the others to shame (along with many in the country) by fully embracing the location’s past while embellishing it with over the top moments, scary scenes, and inventive special effects. Sadly, Pennhurst strictly prohibits photography or video of any kind whatsoever inside – a rule that extends not only to their guests but to all media as well. They’ve barely even released their own materials, keeping it all quite under wraps.

Pennhurst did release a trailer for their haunt last year that includes some quick shots inside at the end:

In a lights-on tour before the evening’s event began, I also did see how this well oiled machine operates each night. Actors arrive hours before opening to get makeup done in painstaking detail. It’s a lively and fun environment as everyone gets into character leading up to guests’ arrival. And Pennhurst did allow me to capture a few of those moments to offer you a small glimpse at what you can expect inside, seen in the video below.

So what goes on inside the Asylum? Crazy scene after craze scene, each topping the last. Guests wind through the decades-old buildings, down corridors, ascending and descending stairs, carefully balancing on crooked floors, and even at one point feeling the need to hug the wall just steps away from a perfectly simulated 30 foot drop – a new effect for 2014.

The “inmates” fill their roles perfectly, sometimes shutting guests into rooms for brief monologues while other times ensuring visitors go running through screaming. Environments are filled with authentic pieces from Pennhurst past – chairs, desks, instruments, even pill bottles. It all adds up to an experience that feels authentic, yet heightened for maximum scares. 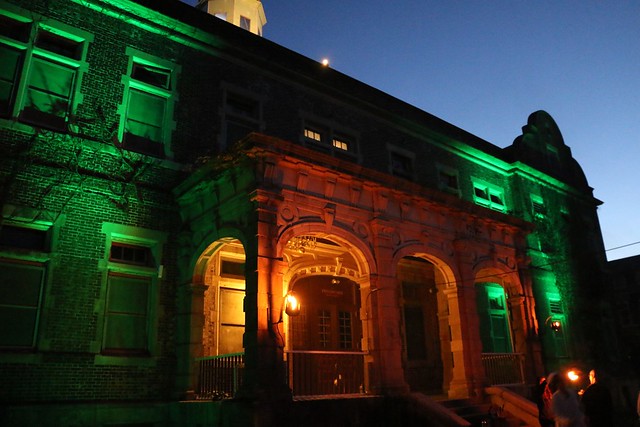 Unfortunately, the rest of Pennhurst’s haunts diverge from their roots and tell other stories unrelated to their history. This is a mistake. All of the haunts would be vastly improved if they kept to the theme. Instead, the Dungeon of Lost Souls meanders through “experiments that have gone horribly wrong” creating a rather dull experience – perhaps one that has gone horribly wrong. And then there’s the Tunnel of Terror, which has such great potential, utilizing the actual tunnel system that runs underneath the Pennhurst site – but fails to capture any excitement while confining guests into long, somewhat tight spaces. It feels like an endless walk amidst strobe lights with a few actors (and I use that term loosely) screaming.

Despite these latter two haunts missing their marks, the main attraction – Pennhurst Asylum – is worth the trip alone. It’s an outstanding haunted house that any Halloween fan should rush to see… and then rush out just as fast, ignoring any temptation to see the other experiences there.

More information about Pennhurst Asylum can be found on their web site at PennhurstAsylum.com.