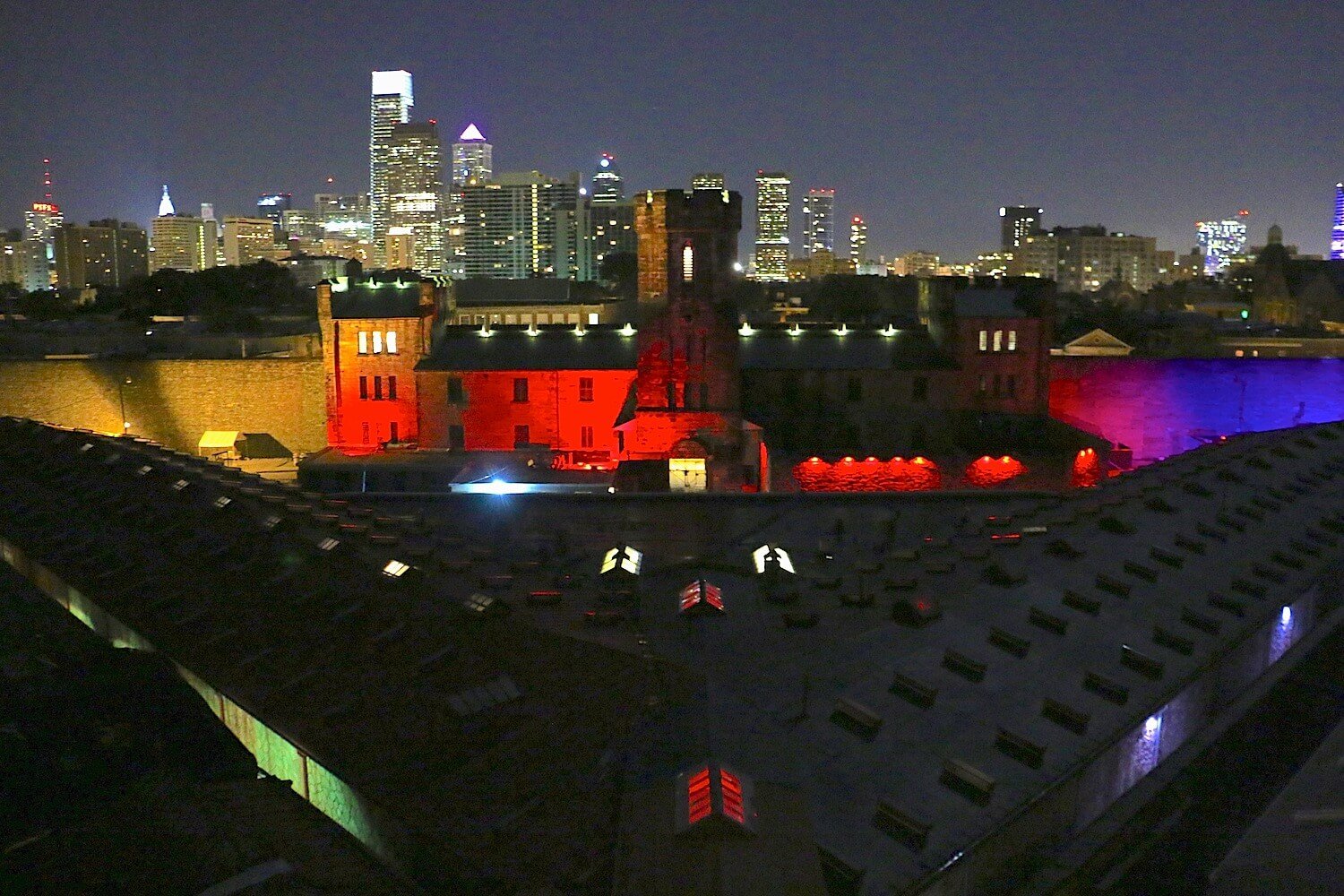 Extreme haunted houses are popping up at a rapid pace, each seeming to want to outdo the last. Many aim to push their patron’s emotional and physical limits, inflicting pain and inducing panic, stopping just short of what the law allows.

But at Eastern State Penitentiary, their version of “extreme” haunting – or “more intense” as they like to call it – is a far less controversial approach, staying rather tame with their touch, yet producing a perfectly choreographed experience that adds to Halloween thrills without ever traumatizing. Terror Behind the Walls is the annual Halloween event at Eastern State Penitentiary in Philadelphia, Pennsylvania. It’s set inside a decades-old defunct prison that looks like it’s falling apart, a perfect setting for a haunted house. But the event actually funds the upkeep of the location, enabling it to be safely enjoyed by tens of thousands of throughout the season, ready to get scared.

Last year, they introduced their optional hands-on approach in which guests can be marked at no extra cost on the way in, indicating actors are allowed to touch them. It’s never inappropriate by any means. In fact, it’s quite the opposite with a lot of planning ensuring that each actor has a specific touching role to maximize the experience.

It works wonderfully, as if a horrifying ballet. As guests walk through Terror Behind the Walls’ sequential haunted houses wearing a red glow necklace and marked with a red X across a cheek, actors give them a quick brush on the shoulder, flip of the hair, or even a tiny surprise ankle grab. But that’s just the beginning, as occasionally guests will get pulled into individual experiences, separating them from friends and family to endure a few persoal horrors. The newest haunted house in their lineup, The Machine Shop, is their first to be designed with touching in mind. And it’s one heck of an intense experience. Even a seasoned haunted house goer like myself will find themselves out of breath and shocked at the overwhelming nature of the individual moments. Guests may be pulled into a creepy prison cell by themselves, accosted by bald burly men eager to make them join their inner society by cutting off their hair, representative of them losing their mind. It’s one of many different solo experiences that, when surrounded by angry biker-type guys screaming, is exhilarating but never too far over the top.

Watch me take on The Machine Shop and a few other individual encounters in the video below. Worth noting is the fact that near the end of the Machine Shop experience, just when I thought it was over and I was out of breath, smiling, and feeling quite excited about the whole experience – I genuinely got startled by one perfectly sneaky actor. That almost never happens, so kudos to Terror Behind the Walls for that.

Other solo experiences throughout all the haunts could include sliding through an “air duct,” getting sent in unexpected circles through a maze, or being sat down in a crazy dentist’s chair. Each moment feels wild and unexpected – quite thrilling in fact. But after it’s over, guests will laugh about it rather than cry.

Most of the haunts fit in well at Eastern State Penitentiary, carrying the prison theme throughout. Though it does deviate in the final experience, a 3D maze called The Experiment that’s there basically to make guests who love 3D mazes happy – and there are a lot of them. Despite all their efforts to produce realistic experiences elsewhere, Eastern State’s guests seem to love The Experiment the most. Though that may change with the addition of the Machine Shop this year.

For those wanting even more spooky fun at Terror Behind the Walls, an additional option is available to explore the grounds of Eastern State on a flashlight tour. The place is creepy during the daytime, but at night it’s even more foreboding, especially as guests are led only by small lights into cells, the old surgery room, and other incredible pieces of history. It’s a perfect way for those who have never been to Eastern State before to get acquainted with the real location before stepping into the madness of the haunts. You might even capture a ghost on camera while touring at night. (Or possibly just flashlight trails…) Terror Behind the Walls continues through November 2, with two additional “remix” dates on Nov. 7 & 8 which are “lights out” experiences in the haunts. More information can be found at TerrorBehindTheWalls.com. Comments Off on Inside Terror Behind the Walls, the new masters of hands-on haunted houses, combining fun and frights at Eastern State Penitentiary