Syfy’s hit reality competition show “Face Off” pits expert makeup artists against each other with weekly challenges to create crazy characters. Over its seven seasons, the show has featured many artists from Florida – more specifically, Universal Orlando.

Universal employes top talent for their annual Halloween Horror Nights event, so it’s no surprise that many of these artists find their way onto the TV show.

Recently, Universal allowed our cameras to take a behind the scenes peek at how “Face Off” comes face-to-face with Halloween Horror Nights guests. Face Off: In the Flesh is the name of the scare zone in which several recognizable makeups from the TV show appear in person for guests to take pictures with, all while serving as a distraction for the scares around them.

Creative director Mike Aiello explains the zone’s success in the video below while two past “Face Off” artists work on character makeups, prepping for the night’s event. 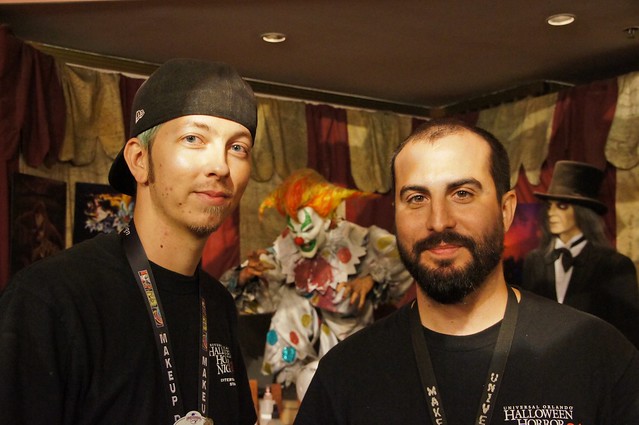 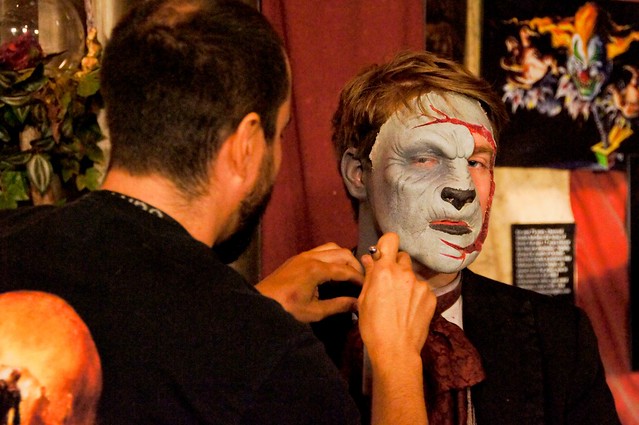 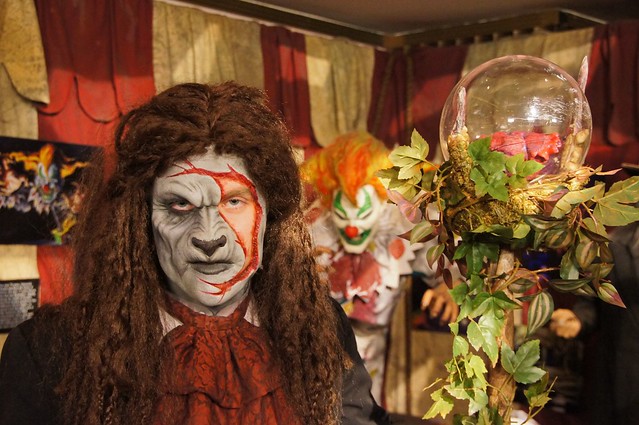 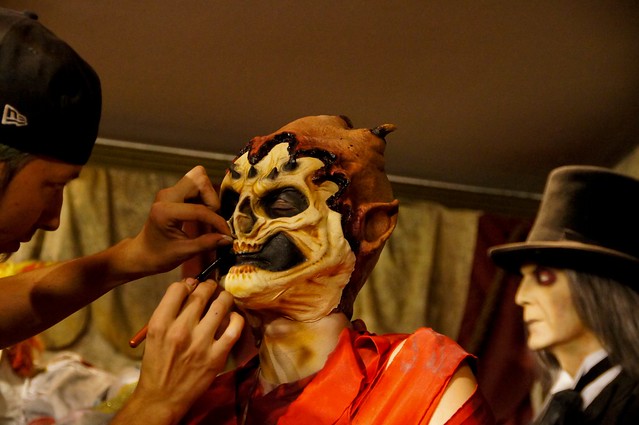 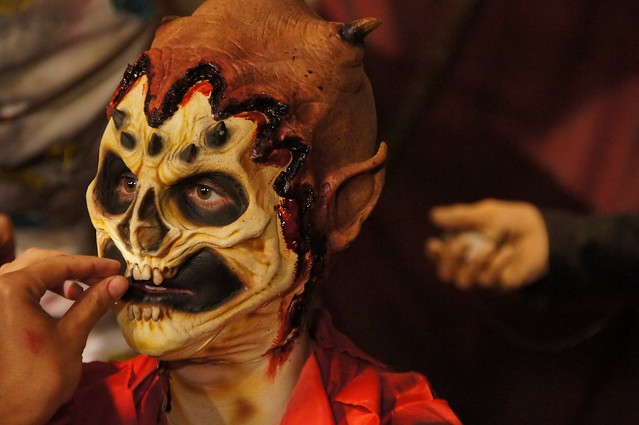 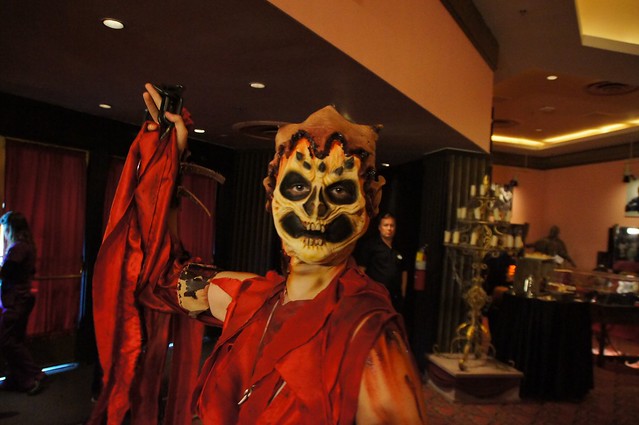 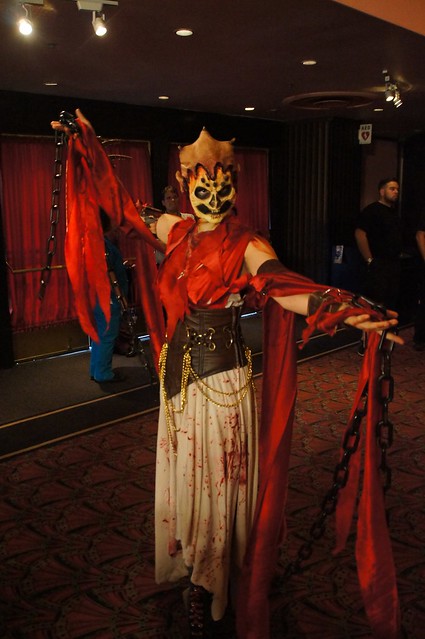 “Face Off” can also be seen at Universal Studios Hollywood, where even more actors undergo similar processes to become characters seen on the show for this year’s House of Horrors overlay, all set to dubstep music. It’s a crazy experience that has come together as a farewell for the year-round House of Horrors attraction, which will close permanently after Horror Nights ends.

Video – Face Off: In the Flesh haunted house walkthrough at Universal Studiso Hollywood

Halloween Horror Nights 2014 continues through November 1 on both coasts.

More photos of Face Off makeup at Halloween Horror Nights: