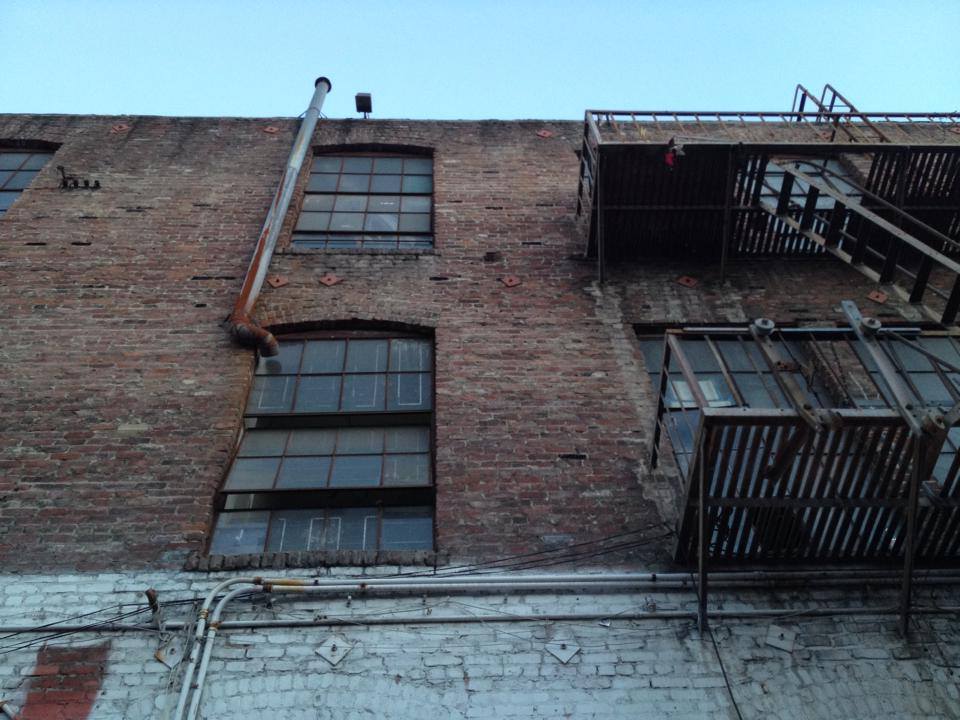 As I stand in a small room made of sheets, a unicorn in a onesie is dancing to thumping dance music while encouraging me to engage in a silly pillow fight. I quickly realize Alone: An Existential Haunting is not a haunted house at all – by any stretch of the term – but performance art inspired by the Halloween season, designed to mess with your mind.

Going in, I was ready to be creeped out. I arrived in middle-of-nowhere Los Angeles last Friday at their “secret location,” a rundown alleyway surrounded by shops selling fabric by the bolt. But as night fell, the bustling fashion district quieted down, leaving only the bright triangular glow of Alone’s logo. After checking in and signing a waiver, I discovered I’d be the first official guest of 2014 to experience their event on opening night. My nerves increased. Heading inside, I was joined by the next four participants behind me. We all knew we’d inevitably be split up. It is called “Alone” after all. But together we rode up a rickety old elevator and were greeted by a representative of the Enola company, a fictional organization that wraps the event in a guise of psychological research. We engaged in some yoga poses and breathing for what seemed like five minutes. And then suddenly, the peacefulness was replaced by darkness and our individual experiences instantly began. To tell how that happened or what followed would ruin the surprise element that is so crucial to these types of “extreme” attractions.

Alone takes its patrons through a series of vignettes, each seemingly unrelated to the last, yet all connected by a similar tone. Largely peaceful, each scene plays out with one or two actors. Sometimes they speak, sometimes not. Sometimes they keep their distance, but mostly they touch. And none of it entirely makes sense at the time.

It is art, after all. It’s up to interpretation and tastes. Those expecting gore, violence, or sexual experiences will be sorely disappointed. Alone is not about any of that. It’s best described as a haunted house designed to evoke every emotion except being scared.

At times I found myself happy, smiling and even laughing out loud at the wackiness of the situation I was in. In a room full of unmarked doors, I stumbled across a young man in what appeared to be a dorm room. He may have been eating ramen noodles. He looked at me, said “how’s it going?” – or something to that effect – and went back to his life inside. I shut the door and moved on.

Elsewhere in the experience, I sat down at a dinner table with an older man who told me of the conspiracies of the world. I had to actively pay attention to understand what he was saying… until he launched into a Latin incantation of some sort. After that – another surprise that led me into an equally confusing scene. Confusion was present throughout, from the moments that invaded my real life privacy all the way through to finding myself stumbling back out into the darkened streets of middle-of-nowhere Los Angeles, wondering if the experience was over.

And you could easily read the confusion on my face, which was painted pink at some point during the experience: But Alone never quite ends. It lingers in your mind for a while as you decide whether you loved it, hated it, understood it, or were simply baffled by it. It’s impossible to prepare for any of the sights inside, other than to know that none of it is “scary.” Haunting? Yes. Haunted? Not at all.

Alone: An Existential Haunting continues performances on select nights through November 1. More information can be found at TheAloneExperience.com. Comments Off on Alone – An Existential Haunting redefines Halloween entertainment, replacing startles with psychological games aimed at messing with your head