Yesterday Universal Studios Hollywood offered us a sneak peek at two of their new haunted houses for Halloween Horror Nights 2014.

With just over a week until the event debuts, artists added finishing touches while creative director John Murdy showed off The Walking Dead: End of the Line and Clowns 3D Music by Slash.

Not all of the mazes were shown off during this preview, saving some surprises for later.

Returning for its third year at the event, The Walking Dead will now take Horror Nights guests through season 4, beginning back at the now-infected prison and continuing through the Big Spot, funeral home, caved in tunnel, and ending at Terminus.

This year’s maze features even more walkers, with bodies strewn just about everywhere. It may start similarly to last year’s maze, but once leaving the prison this is a whole new experience. “The Walking Dead” executive producer and special effects makeup designer Greg Nicotero is very involved and approves all the makeups. John Murdy trains every scare actor himself. 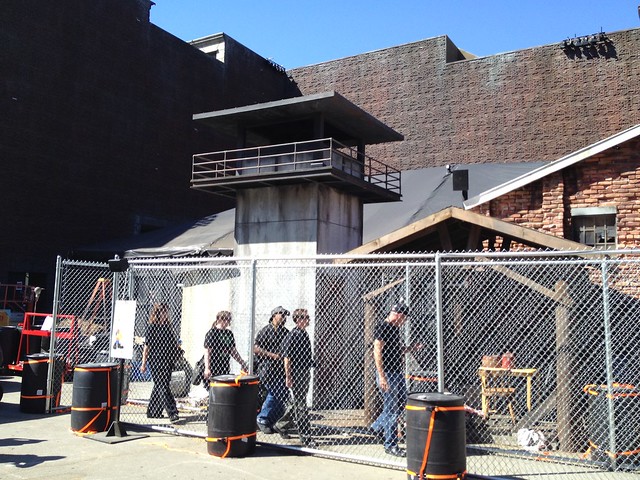 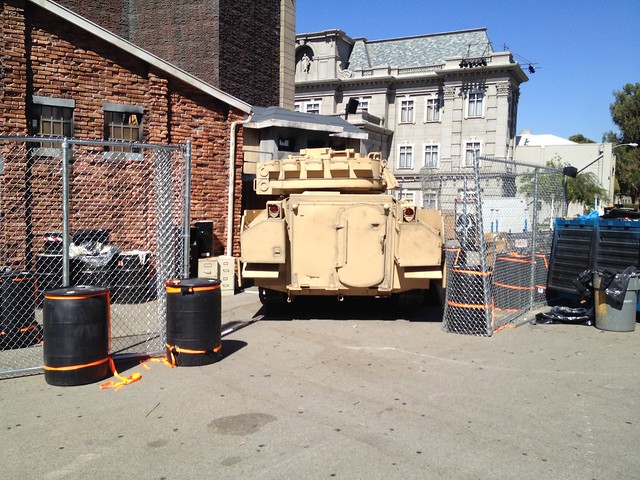 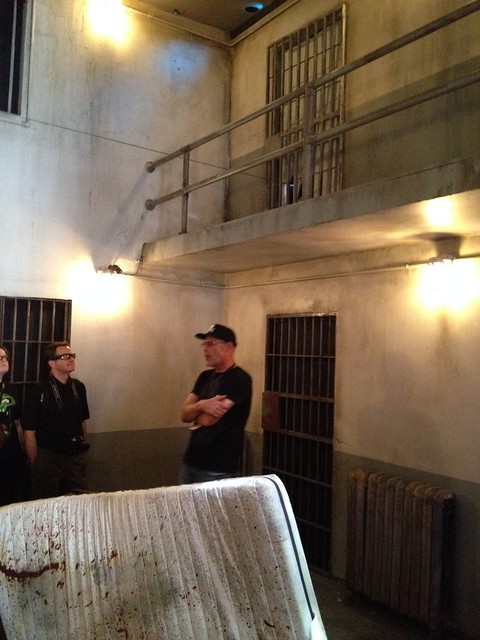 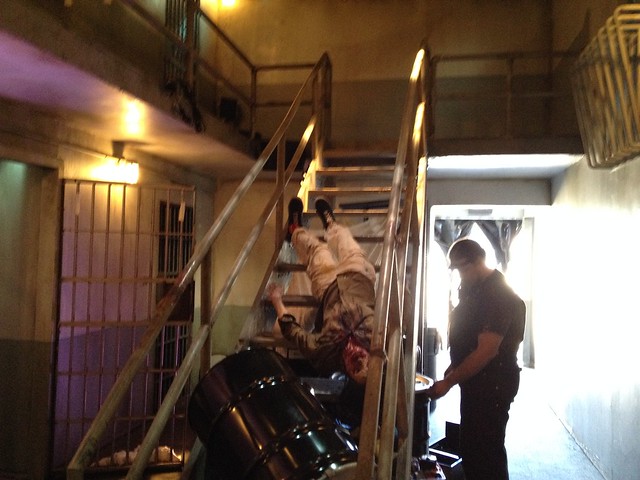 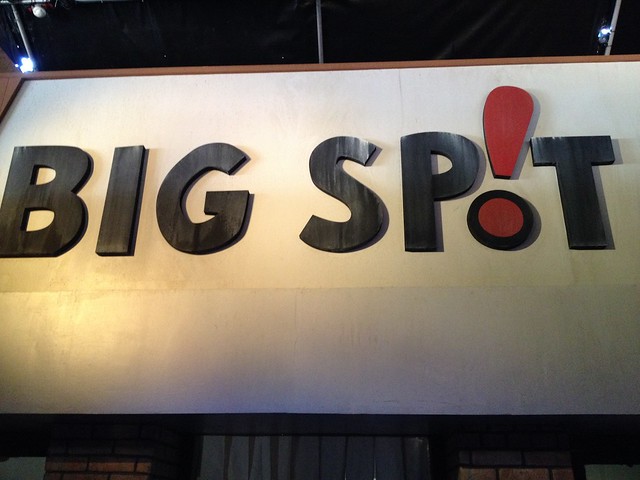 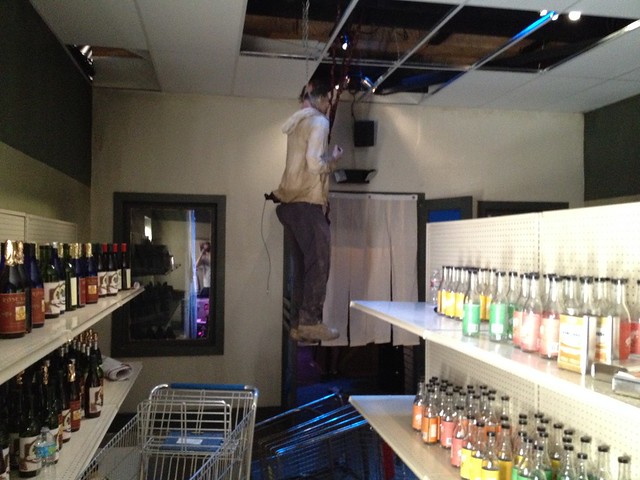 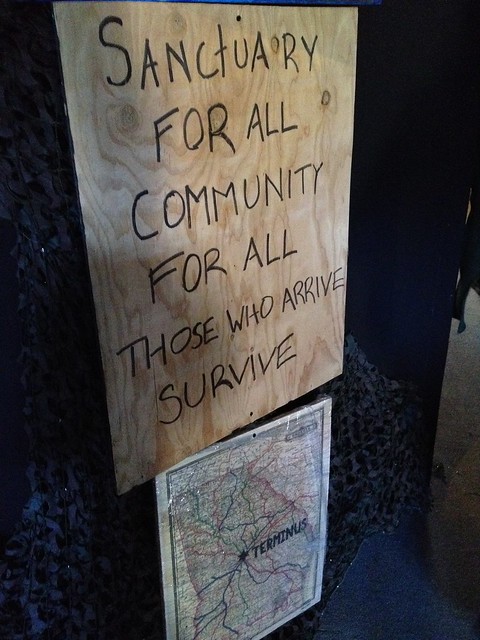 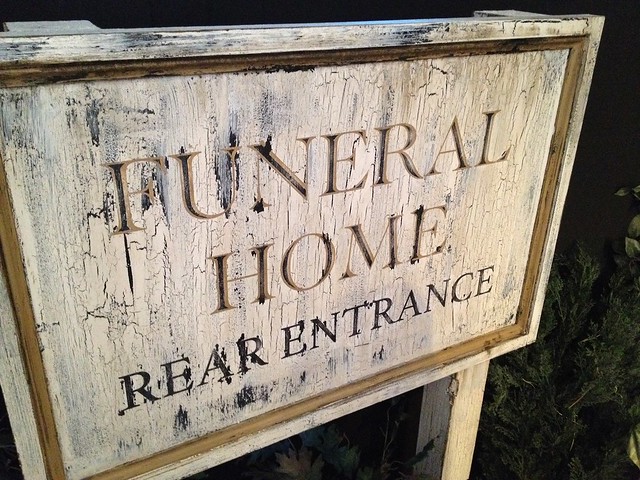 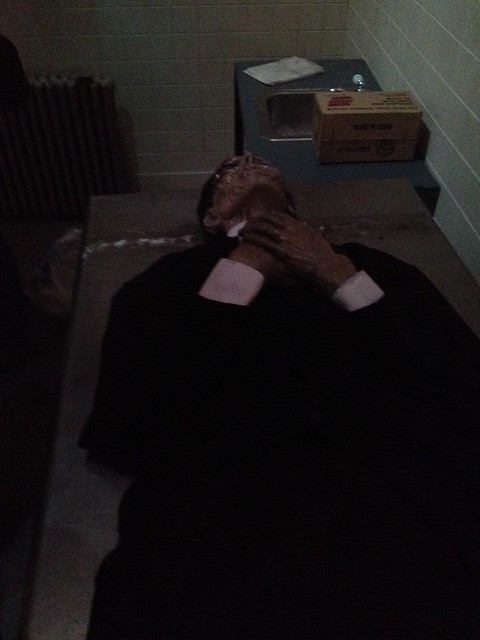 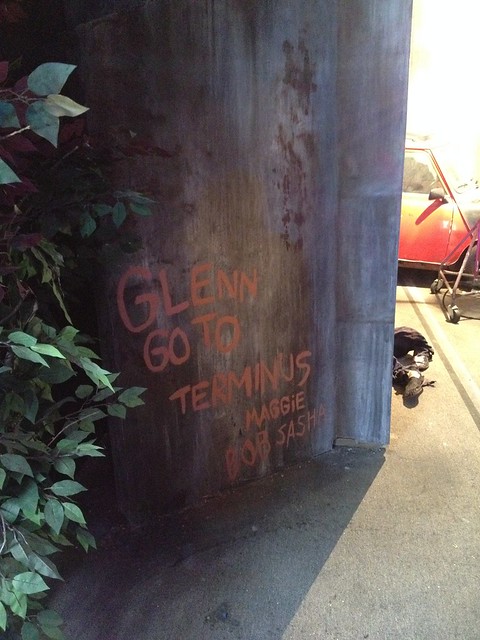 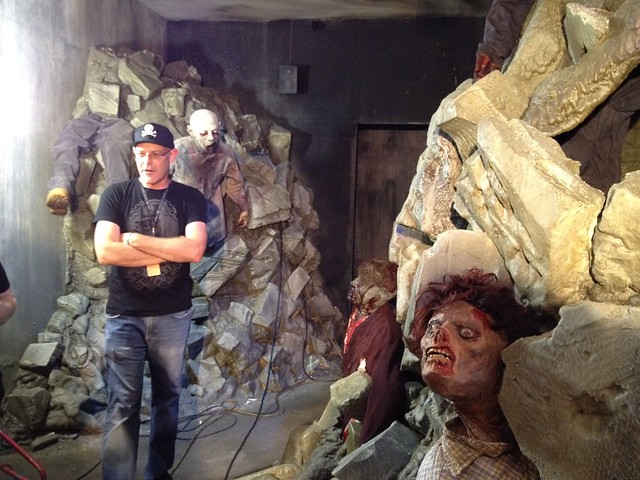 While evil clowns are commonplace at Halloween events and have been around Universal Studios Hollywood’s Halloween Horror Nights for many years, this year they’re getting a new twist combining a 3D maze with the music of legendary guitarist Slash – who even makes a special appearance in the experience as his own crazy clown, by his own request.

Increasing the feeling of being disoriented, they’ve added 3D to the floor this year. Murdy says it makes it feel like the red patches are hovering 3 feet off the ground and the blue is 3 feet below.

The maze’s story follows Sweet Licks, a wild ice cream clown who is delightfully devilish. The experience looks a lot like previous 3D houses at the event, but with plenty of new twists. And yes, there is a full size ice cream truck inside. 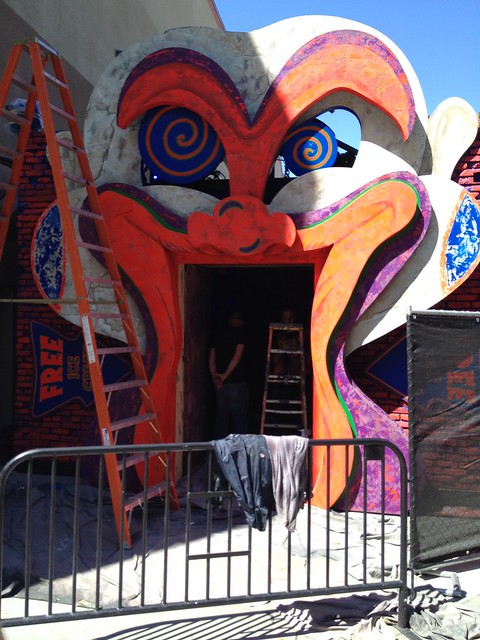 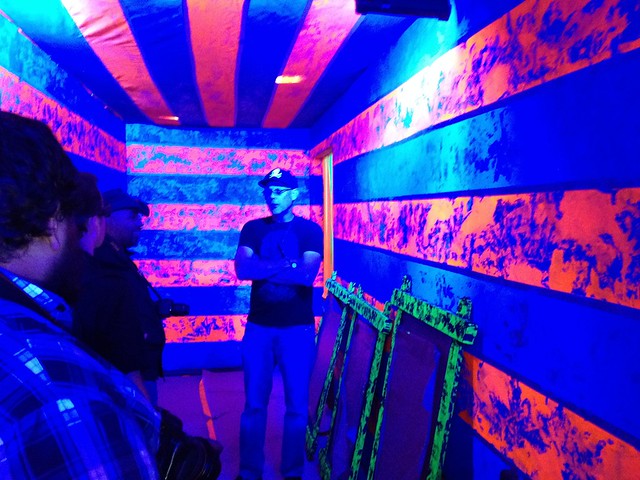 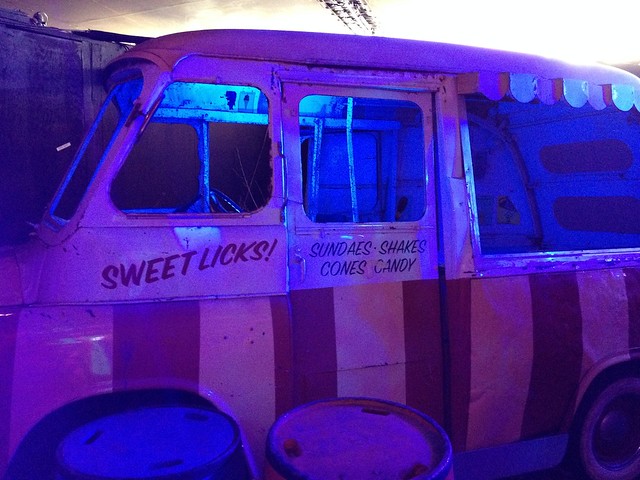 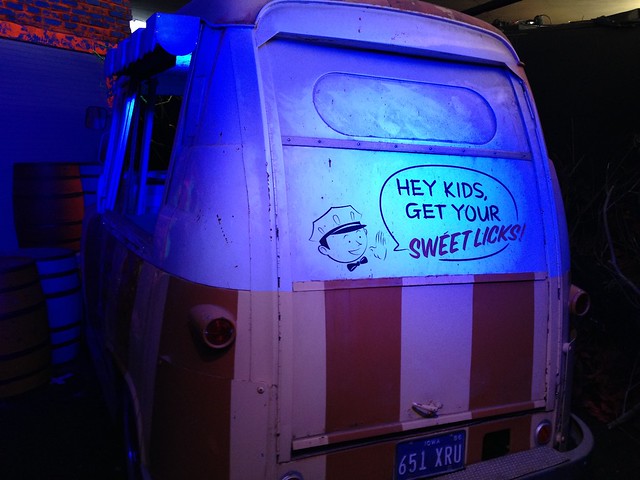 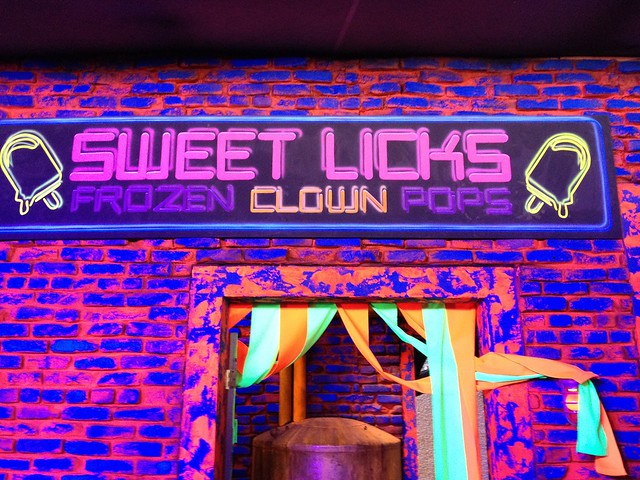 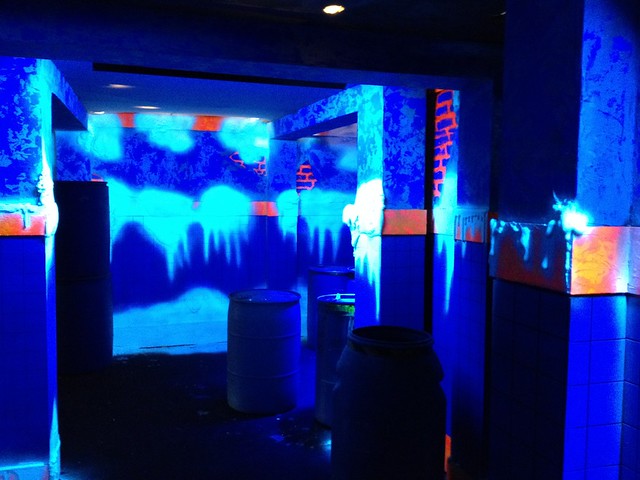 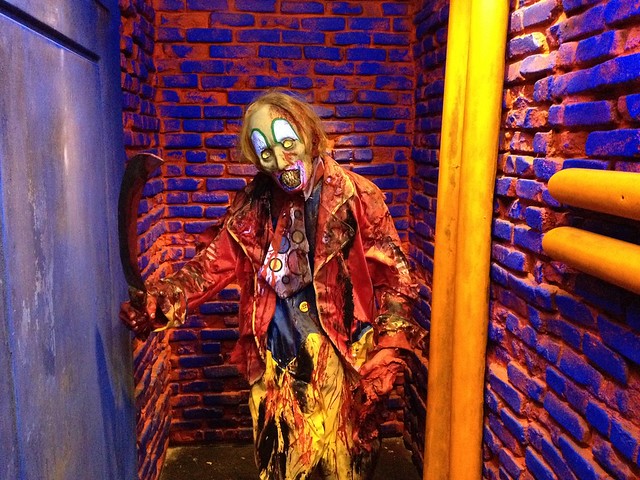 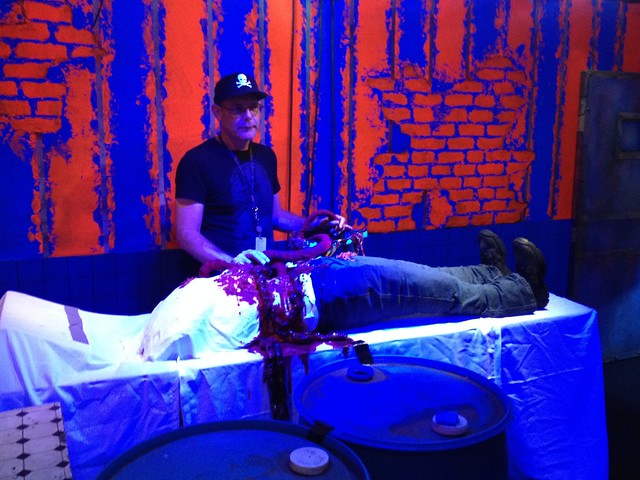 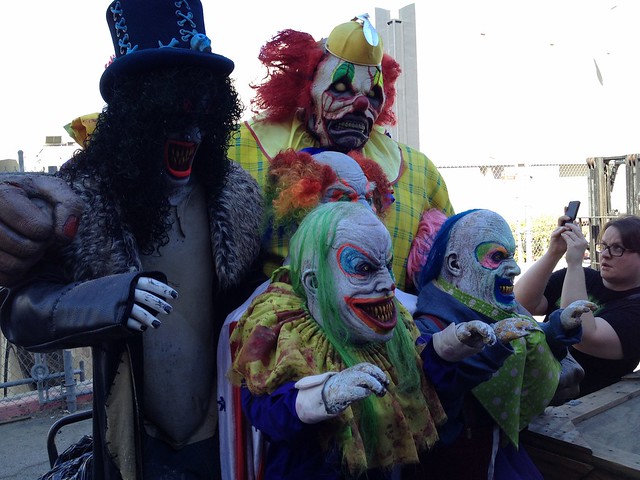 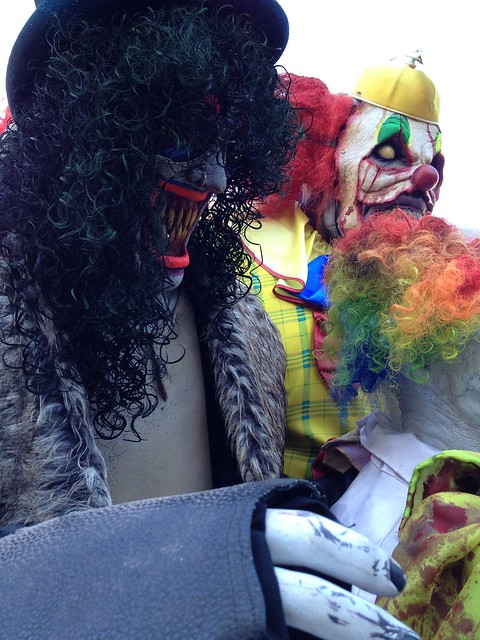 Halloween Horror Nights 2014 kicks off on September 19, also including five other new mazes this year.