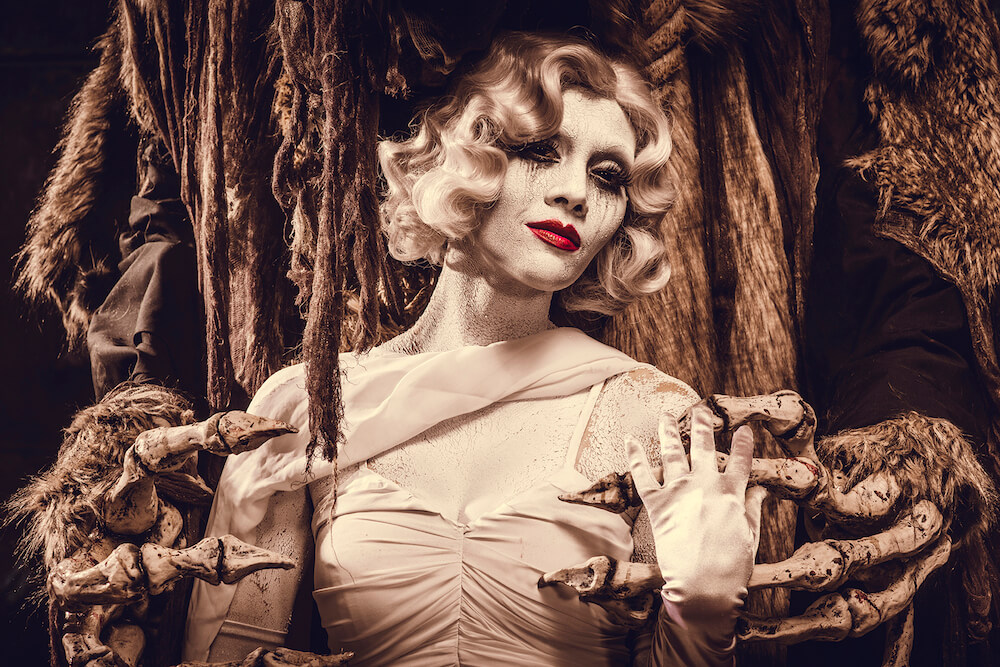 When the Queen Mary’s Dark Harbor haunted attraction debuts on October 2, two brand new mazes will be unveiled along with a few close encounters unlike any other.

Situated aboard the classic ocean liner, Dark Harbor is an annual Halloween event that features haunted houses at sea, each building upon the ship’s actual history while injecting new sinister stories.

This year’s new Soulmate maze stars Graceful Gale, the belle of The Queen Mary in the 1930s. As a beautiful first class passenger, Gale charmed her way across the ship’s dance floor regularly until mysteriously disappearing on her final passage in 1939. The story of Gale will unravel as her true spirit is revealed and those who dare will realize that Gale may not be as graceful as she appeared, but in fact is more monstrous than ever imagined.

The new Soulmate maze will take over the former location of the Containment maze.

The other new maze for 2014 is B340, following the story of a passenger aboard a 1948 Atlantic voyage who was locked away in room B340 after a violent outburst. After hours of isolation, crew found him in his room, violently (and mysteriously) ripped apart. The maze follows this passenger on his isolated decent into insanity, traveling through his warped mind literally and figuratively.

But the most interesting of additions to Queen Mary’s Dark Harbor this year are the new Exclusive Encounters that will take a very limited number of thrill seekers on a terrifying top secret paranormal journey through the depths of the ship that have never been open to Dark Harbor guests before. These extreme encounters will require an additional ticket, on-sale later this month, and all guests will have to sign a waiver to take part. These Exclusive Encounters will be based on the ship’s actual paranormal happenings, not just fictional tales. The Monster Midway, Freakshow, Mechanical Monster, The Ringmaster and all of the terrifying spirits of the Queen will be returning this year amidst freaks, food, and live entertainment.

It all runs October 2 through November 2 for 20 evenings, 7 p.m. to midnight. Ticket prices start at $20 online. More information can be found on the Dark Harbor web site.