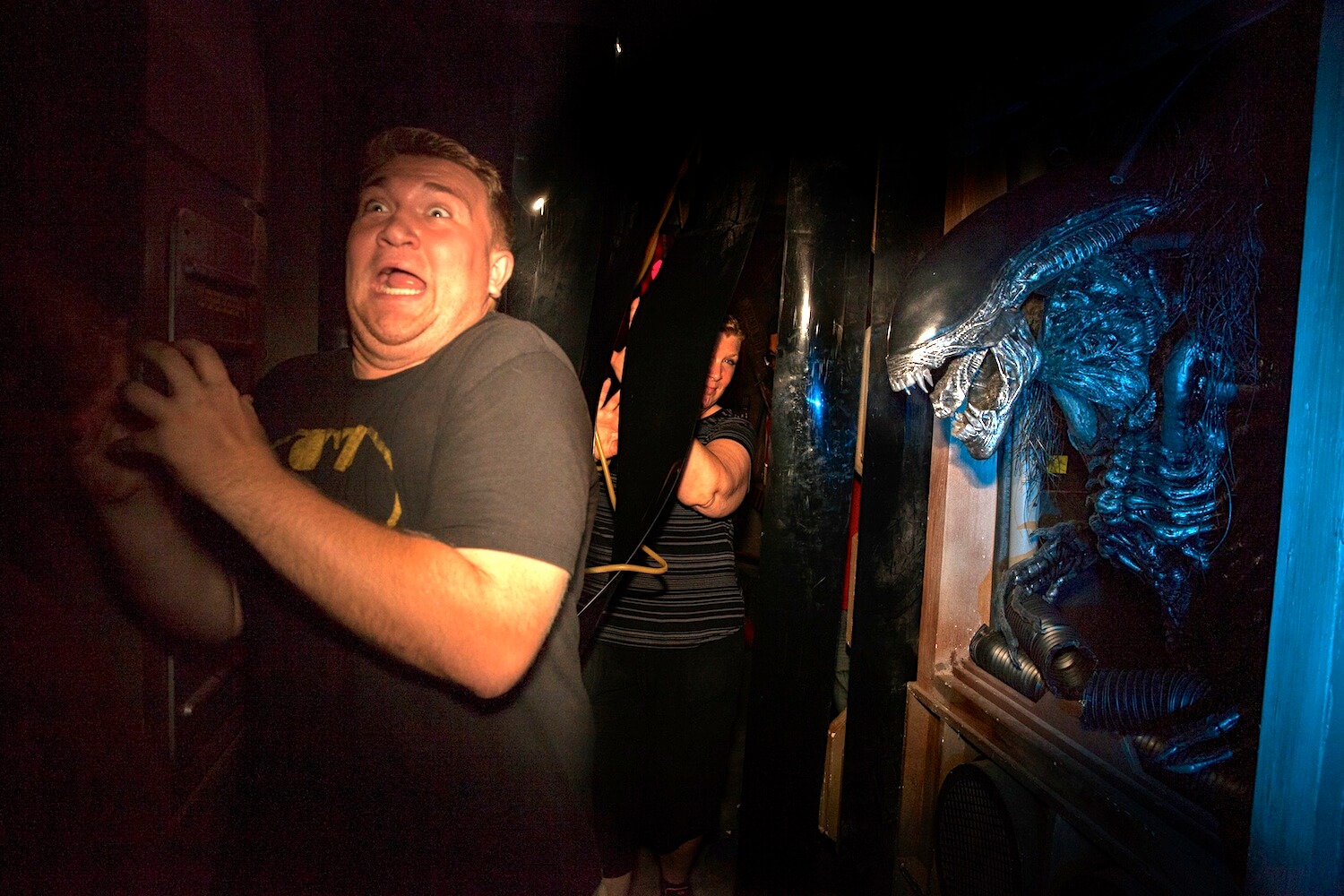 Tonight Universal Orlando will unveil Halloween Horror Nights 24, featuring a mix of haunted houses and scare zones featuring both original ideas and those inspired by movies and TV shows.

We’ve already given you a sneak peek at the street experiences that fill the event and now Universal has offered a look inside a few of the mazes, Alien vs Predator, Halloween, The Walking Dead, and Giggles and Gore Inc – along with a few frightened faces. Halloween Horror Nights kicks off tonight on both coasts, at Universal Orlando and Universal Studios Hollywood. We’ll be covering both event debuts, so keep checking back late tonight and throughout the weekend for more updates.