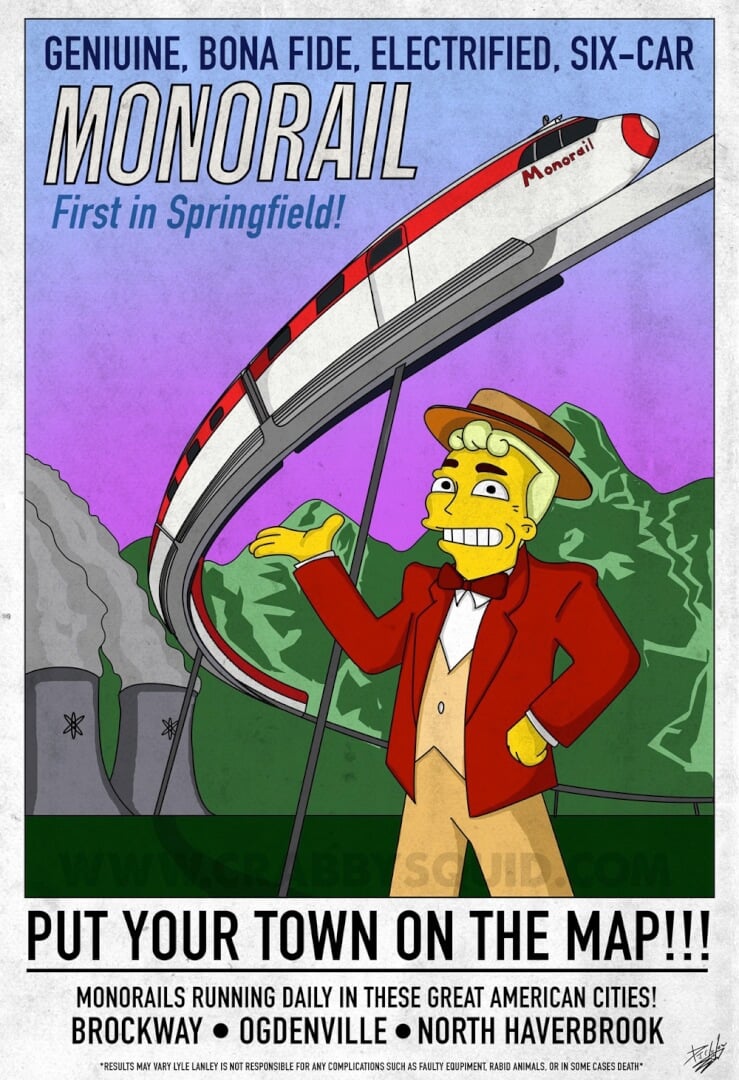 Artist DJ Clulow of Crabby Squid is back again with another Disney mashup, this time in the midst of the “Every Simpsons Ever” TV marathon.

He’s re-imagined the classic Disneyland Monorail poster to feature Lyle Lanley, the con artist who appeared in one of the most memorable episodes of “The Simpsons” called “Marge vs the Monorail.” “I wanted to create a companion piece for my ‘Planet of the Apes Musical’ advertisement poster for a long time now,” explained Clulow. “I got a lot of different requests from fans at conventions on what they would like to see next, most of them said ‘You have to do the monorail!’ Then we would break out into song right there on the show floor singing Lyle Lanley’s famous Monorail song. Being a big fan of classic Disney attraction posters, I wanted the Springfield one to be inspired by that original.”

His new monorail art is available to purchase as prints on his Etsy store. And here’s Clulow’s “Planet of the Apes” piece, also available as a print: This is fan art and is not an official licensed print by Matt Groening, the Fox Broadcasting company or any of their Affiliates.