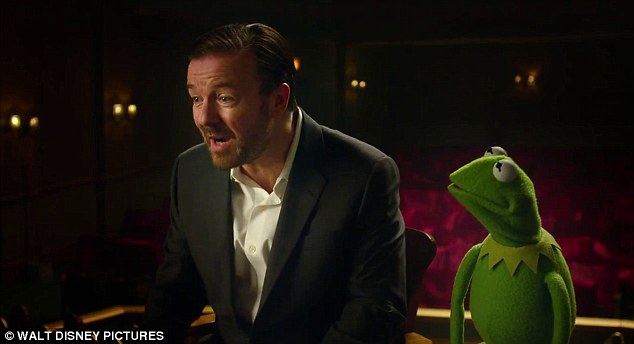 When “Muppets Most Wanted” made its way into theaters earlier this year, it didn’t quite live up to its nostalgic predecessor but still brought the funny nonetheless.

Now on Blu-ray, this new Muppets film is actually better than ever – or, at least, the entire presentation of the film is an improvement.

The actual 119-minute “Unnecessarily Extended Edition” of the film is 12 minutes longer than its theatrical release and adds jokes and extended cameos. None of it is necessary (hence the name) but it does bring some extra laughs. There’s also the “Statler and Waldorf Cut,” which is exactly what you think it would be – an extremely abridged version of the film largely focusing on this grumpy duo. Funny stuff.

The movie looks and sounds great on Blu-ray, particularly the musical numbers. While they aren’t the strongest the Muppets have ever produced, at least they sound good.

But the real bonus entertainment comes in the Blu-ray extras. “The Longer Longest Blooper Reel in Muppets History” is a whopping 10 minutes of ridiculousness on set, much of which is Ricky Gervais cracking up. His laughter is contagious and it’s also clear the Muppets are good at improv, even being funny when flubbing lines. Most embarrassingly hilarious is the music video for Constantine’s standout song “I’ll Get You What You Need.” This video is identical to the scene in the film except replacing Constantine with songwriter Bret McKenzie performing, fully in character. Brilliant.

“Muppets Most Wanted” isn’t the strongest of all Muppets films but the Blu-ray release features enough wackiness to warrant a purchase. It’s available today via Amazon and most major retailers. Comments Off on Review: “Muppets Most Wanted” Blu-ray boasts “unnecessarily extended edition” but bonuses are welcome and needed